How badly do the Mzansi franchises need their overseas marquees?

Some star power is set to light up South Africa's T20 league for the next week or so, but in some cases teams have done fine without them. 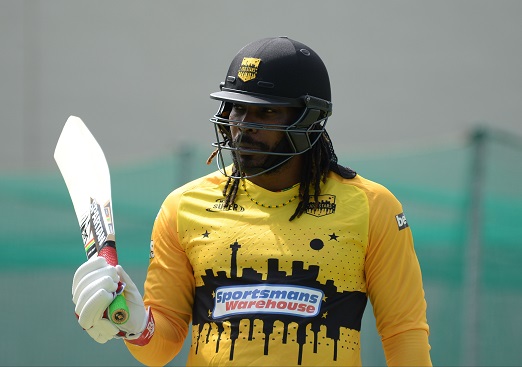 The Mzansi Super League will belatedly receive some of its star power as various international marquee players return (and in a few cases arrive) for the business end of the tournament.

However, given that this year’s inaugural edition is already past the halfway mark, some of the franchises have managed to find some rhythm without their big names, but others will certainly benefit.

Here’s how each international marquee player can influence his side’s fortunes.

The legendary West Indian admitted on Monday that his hectic travelling schedule is starting to take its toll on his 39-year-old body, but that he’s being managed well.

Gayle’s enduring ability to take games away from a bowling side will always make him a threat, yet the Stars – notably the opening pair of Reeza Hendricks and Ryan Rickelton – have been able to use their local players to very good effect in his absence.

In fact, one wonders if Gayle’s presence might not actually hamper the development of 21-year-old Rickelton.

VERDICT: His presence is a bonus, not an essential one.

The Paarl-educated left-hander has already had his taste of the MSL without tasting much success.

When his form in the concluded T10 league is taken into consideration, the Englishman is actually in poor form.

That said, the high-flying Blitz’ middle-order has proven to be a bit brittle in the past few games and should Malan find his touch again, he could significantly bolster that area of the team.

VERDICT: Certainly not undroppable, but potentially a vital weapon.

Morgan truly is one of the biggest names to grace the MSL – he is England’s limited overs captain after all.

The dashing left-hander has matured into one of the most effective and versatile batsmen in the white-ball formats and, crucially, adds leadership experience.

The Spartans have been way below par to date and are in a scramble to improbably make the playoffs, predominantly because of some poor batting.

In that regard, Morgan will need to lift the run-scoring burden on AB de Villiers.

The England opener has been in outstanding form in the T10 league and will certainly make his MSL debut in a confident mood.

While he might find South African conditions more demanding than Abu Dhabi’s, there’s no doubt Roy will add value.

The Giants, on paper, already possess one of the most big-hitting batting orders in the tournament, meaning on a good day they could be out of sight and unstoppable should the 27-year-old fire.

Another player who comes in after his side seems to have found a way without him.

The difference in this case is that Bravo adds all-round prowess.

In terms of bowling, the experienced West Indian’s role at the moment is only complimentary as the attack has gelled well in the last few games.

But no-one will be complaining if he takes hauls like 3/38 on his debut against the Spartans.

Perhaps more importantly, Bravo will need to show his steel with the bat as there’s a tendency for the Rocks to rely too heavily on Faf du Plessis.

VERDICT: The Rocks will be stronger with him in the playing XI.

He’s the most sought-after T20 spinner in world cricket, a player of proven class.

The problem is, the Heat are very much out of contention and need to win all four of their remaining matches emphatically to stand a chance of progressing.

In all fairness, it also hasn’t been the Heat’s bowling that’s really been their problem.

Khan will add bite to a good attack and contribute useful lower-order runs.

But it’s top order scores that this team needs.’

VERDICT: He doesn’t address the biggest problem in the side.