South Africa's most senior figures do the business as Sri Lanka's unexpected revival on the current tour is halted at the Wanderers. 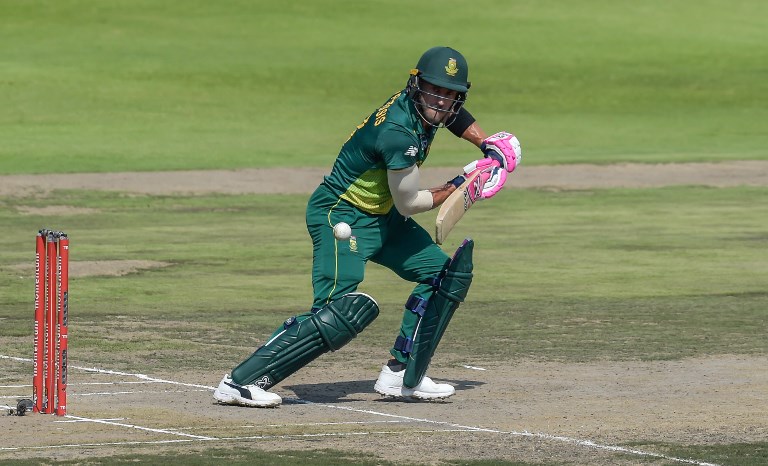 The Proteas’ most senior members came to the fore as Faf du Plessis and Imran Tahir starred in a comfortable eight-wicket victory over Sri Lanka in the first ODI at the Wanderers on Sunday.

The hosts had been desperate for a good start to the five-match series, especially after a catastrophic loss in the Test series.

Captain Du Plessis was South Africa’s most prominent performer, crafting his 11th century in the format and ending unbeaten on 111.

His driving was a thing of beauty, particularly early on in his innings, before he eventually played strokes all around the wicket.

That said, a chase of 232 could’ve been a bit more interesting had mystery spinner Lakshan Sandakan not dropped Du Plessis on 32.

He took full advantage, being involved in successive productive partnerships with the prolific Quinton de Kock, who hammered 81, and the steady Rassie van der Dussen (32 not out).

However, it was Imran Tahir who showed his enduring worth, giving the home side vital confidence again just when it seemed the enthusiastic Sri Lankans were ready to inflict further pain on them.

The wily 39-year-old produced an outstanding spell of leg-spin, finishing with three for 26 from his ten-over quota.

Anchored by an excellent fifth wicket stand of 94 between Kusal Mendis and Dhananjaya de Silva, Sri Lanka were well on their way to a good total as the South Africans lost heart after a decent start with the ball.

But then Tahir floated a delivery that spun sharply away from Dhananjaya (39), who was out of his crease due to an expansive drive.

De Kock had the bails off in a flash.

Another fuller ball then accounted for Kusal, who spooned a catch to extra cover.

The diminutive right-hander had looked dangerously set on 60.

Earlier, Tahir had also dislodged Test series hero Kusal Perera with a googly, though it has to be said the left-hander’s 33 off 36 wasn’t particularly fluent.

Brilliant fielding at midwicket from David Miller accounted for Oshada Fernando, another Test series star, after a amateurish piece of running.

From a neutral perspective, it was a tragedy given how sumptuously the left-hander had played for his 49.

The rest of South Africa’s bowling was mediocre, but Lungi Ngidi’s return to the international fold was a successful one.

He dismissed both openers on his way to figures of 3/60, while Anrich Nortje was pacy on his debut.