The former Protea was the intermediary in the scandal that rocked domestic cricket at the end of 2015. 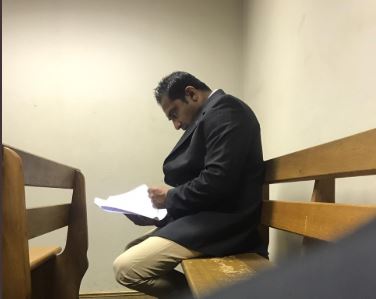 Former Protea Gulam Bodi on Friday made history of the wrong kind by become the first local sportsman to be handed a jail sentence under the Prevention and Combatting of Corrupt Activities Act of 2004.

The 40-year-old, who played two ODIs against Zimbabwe in 2007, will spend five years behind bars for his involvement in the domestic T20 spot-fixing scandal, where he acted as an intermediary.

He’ll be appealing his sentence.

Gulam Bodi just been sentenced to 5 years in prison.

He will apply for leave to Appeal and to extend bail his bail, pending the outcome of the appeal.

Bodi pleaded guilty to eight charges of corruption in November 2018 as a ploy to have his sentence reduced.

The state subsequently requested the Pretoria Commercial Crimes Court for a five-year sanction.

The Act, which was ratified in 2004 following former national captain Hansie Cronje’s admission of match-fixing in the late 90s and early 2000s, carries a maximum 15-year sentence.

In 2016, Bodi was banned for 20 years from any cricket-related activities by Cricket South Africa (CSA), who first conducted their own investigation and then handed all their evidence over to police.

None of the games in that T20 campaign were eventually affected by Bodi’s plans.