The former Proteas wicketkeeper expressed his pride in the hard work that the players and management have put in to be game ready come December 26. 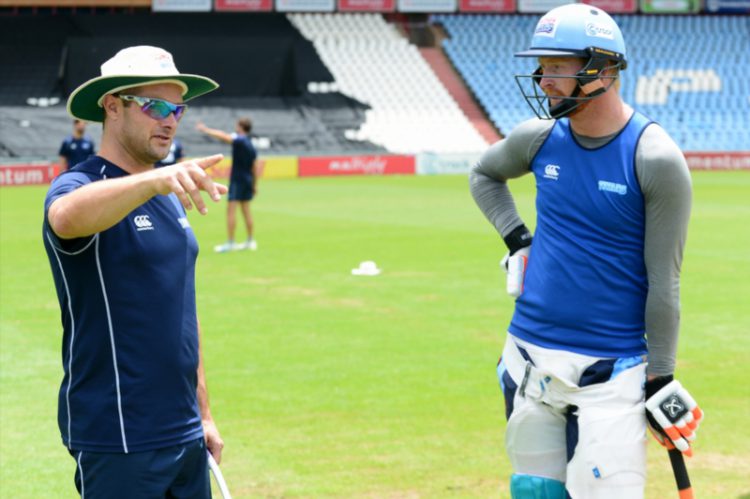 Mark Boucher has taken to coaching like a duck to water. Photo: Lee Warren/Gallo Images.

Proteas coach Mark Boucher is satisfied with the progress made since the team began preparation for the Test series against England starting at SuperSport Park next week.

Speaking to members of the media on Friday, the former Proteas wicketkeeper expressed his pride in the hard work that the players and management have put in to be game ready come December 26.

“It’s been very good so far,” he commented. “We’ve pushed the guys a bit. We talked about being open to a few changes and the guys are really keen to try turn things around. They came in with a good attitude, we’ve had some good chats that have been very focussed on this Test series. I’m pretty happy with where we are, there’s still a bit of work to be done, building up into the Test match but I’m happy with where we are at the moment.”

Boucher, who represented South Africa in 147 Tests between 1997 and 2012, attributes the players’ confidence to good preparation building up to a tour and said his coaching staff was working hard to ensure that the players are prepared for all eventualities.

“I think the confidence comes from the preparation. It’s almost like preparing for an exam; if you prepare for an exam properly, you’ll walk into that exam and you’ll feel confident going into it. We’re trying to get that confidence back. We’re making sure that we’re testing the guys in areas that they’ve probably not been tested in before,” he continued.

When asked about South Africa’s position at the bottom of the log in the ICC World Test Championship, Boucher said: “I’m not even thinking about the Test Championship at the moment. I think that if we focus on what is important now, and giving guys good direction about where we want to go in the first Test match, the rest will take care of itself.

“The one thing that we want to instil is a good work ethic and good intensity at training, once we do that, we can take it into the middle and ultimately get the results. One thing I know about South Africans is they are resilient and they’ve got that bounce-back-ability and for me it’s how to try to get that bounce-back-ability into the heads of the players as soon as possible and realise that in one session, things can change.”

Boucher boasts a coaching support staff full of experience with Enoch Nkwe, Jacques Kallis, Justin Ontong and Charl Langeveldt assisting him for the summer series and (in most cases) beyond.

Paul Harris has also joined the team for the duration of the pre-series camp to continue in his mentorship role of Keshav Maharaj.

Boucher is determined to tap into each coach’s knowledge and skill to help take the team forward. “It’s a nice set up, there’s plenty of experience but I think nowadays it’s not only about the experience, it’s about the different angles that you can look at the game from,” he explained.

“Langes (Langeveldt) coming back into the system again, he’s been here before and he’s got a good relationship with the players. Having a guy like, he’s our most capped Test player and probably the greatest cricketer that’s ever lived, that’s invaluable experience. Even Paul Harris working with Keshav who he’s mentored for a while to get Kesh’s confidence back. Enoch has put structures in place which I’d be stupid to change because I do believe in the structures that he’s put in. He’s also been a mentor to so many of those players in the dressing room.

“For me it’s about trying to add value where I can. Hopefully I can get into a situation where I can earn the players’ trust over the next short while and they’ll have that confidence to come and chat to me. At the moment they might have the confidence to chat to other people about certain issues so I’d be stupid to be that guy who comes and tries to change everything so quickly. I’m not going to be that person. I think there’s enough experience in that dressing room at the moment and enough relationships that are strong in order for us to go in the right direction,” he concluded.