The domestic T20 competition is being held in a biosecure environment in Durban and already it looks like the Kingsmead pitch is going to take a hammering. 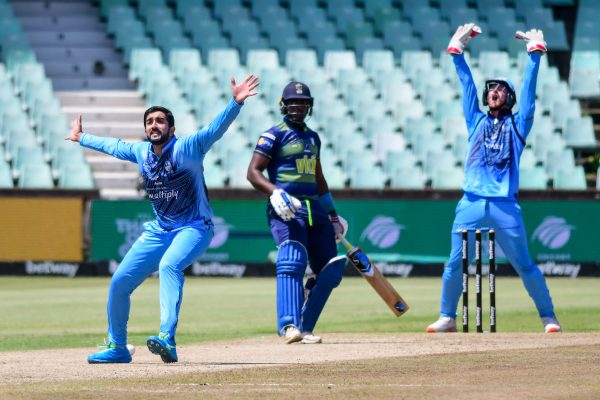 Tabraiz Shamsi of the Titans successfully appeals for lbw against Grant Mokoena of the Knights during the teams' T20 Challenge match in Durban on Friday. Picture: Getty Images

The upkeep of the Kingsmead pitch for the duration of the intense two-week long CSA T20 Challenge looks like it could be a challenge given the clatter of wickets in the first match between the victorious Titans and the Knights on Friday.

All 17 matches of the tournament will be played at Kingsmead in a biosecure bubble and the opening clash was a low-scoring affair as the Knights suffered a stunning collapse.

Having won the toss and batted, the Knights raced to 84 for two after just eight overs thanks to Patrick Kruger (22 off 13) and the fiery Andries Gous (35 off 19).

But on a dry, slowish pitch that is only going to deteriorate, they then crashed to 116 all out. That they got that far was thanks largely to captain Pite van Biljon scoring a run-a-ball 33.

It was paceman Lizaad Williams (3-0 20-2) who started the collapse by dismissing Gous and the experienced Farhaan Behardien with successive deliveries.

Eight wickets had fallen for just 32 runs and Migael Pretorius (4-1-26-3) then blasted out the first three Titans batsmen with just seven runs on the board.

But Dean Elgar (37) and skipper Heinrich Klaasen (54* off 40) added 76 for the fourth wicket to rescue the Titans innings.

And Morris then slammed 21 not out off eight balls to slam the door shut on the Knights. 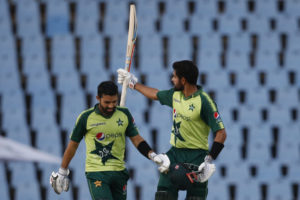 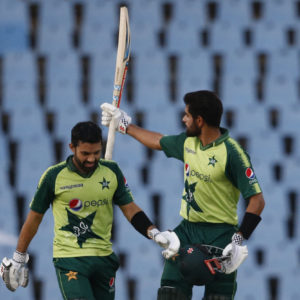 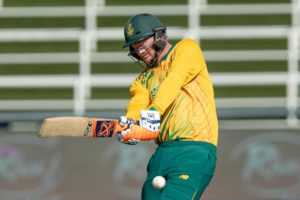 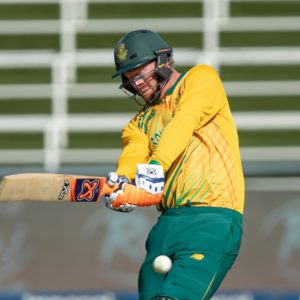 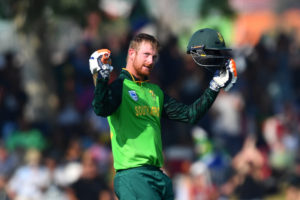 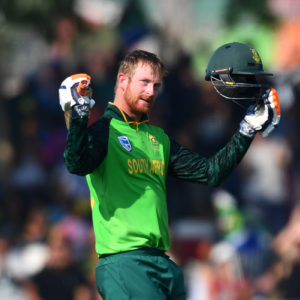 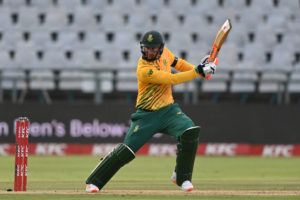