"I’m just going to try and define a style of play that we will be able to execute in any conditions and under any occasion." 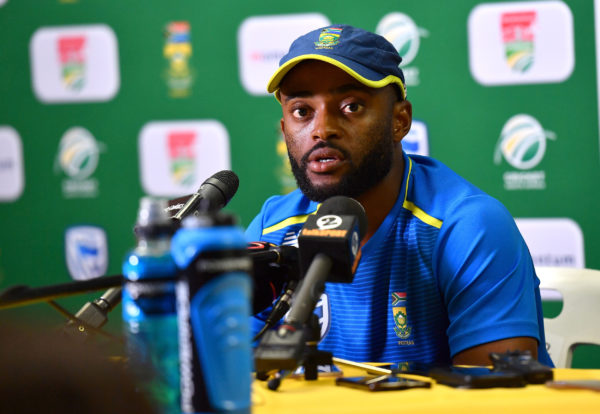 New South Africa limited-overs captain Temba Bavuma said on Monday that he hopes to define a style of play for the Proteas that will be fit for every condition and every occasion.

Bavuma will lead South Africa for the first time in the three ODIs against Pakistan which start at Centurion on Friday, followed by four T20 Internationals.

The Proteas’ failure to win any of the world cups is well-documented and their performances in the global tournaments seem to be getting worse rather than improving – their most recent failure being their dismal showing in England when they failed to advance to the knockout stage.

South Africa have not played an ODI since their tremendous 3-0 whitewash of Australia little more than a year ago, but since the 2019 World Cup they have completed just five matches.

“South Africa have always been more than competitive in ODIs, we’ve been number one in the world before. As the leader I’m just going to try and define a style of play that we will be able to execute in any conditions and under any occasion,” Bavuma said on Monday.

“To do that, mentally we need to improve a lot, we need to get stronger. I’ll be trying to inspire and get the guys into a space where they can perform as well as they can.”

Bavuma said he wanted his team to be aggressive and able to dominate in all conditions.

“We definitely want to test ourselves more in conditions that may be ‘unfavourable’ for us, we want to see if we can execute our brand of play at all times,” he said. “The mood is optimistic and hopefully I can lead the team to a couple of victories as we build to 2023. We really want to define our style of play.”

Bavuma’s landmark appointment – he is the first black African to lead South Africa – comes after he has played just six ODIs, but has scored 335 runs at a strike-rate of 92 in those games. While the 30-year-old has now scaled the Drakensberg in terms of his career, he knows he needs to keep posting performances to add to the rocks already on his cairn on top of the mountain.

“Those conversations about where I’ll bat are still ongoing, but it will probably be in the top three,” he said. “I would like to think no further down than number four.

“But being versatile is something I pride myself on, it’s something I’ve always had to do. I’ve got to make sure I’ve got the skills to achieve whatever role I’m in. Obviously I’m excited by the responsibility and I’m going to enjoy the journey and this new chapter in my career, and I look forward to adding value with the bat.” 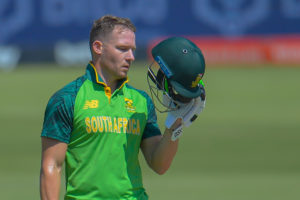 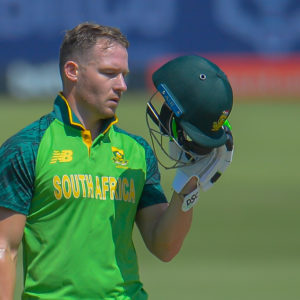 Miller calls on Proteas' top six to fire: 'We're mindful of our tail'
24 hours ago
24 hours ago

Miller calls on Proteas' top six to fire: 'We're mindful of our tail'
24 hours ago
24 hours ago