De Kock first-timer in Race 3 is highly regarded by the yard. 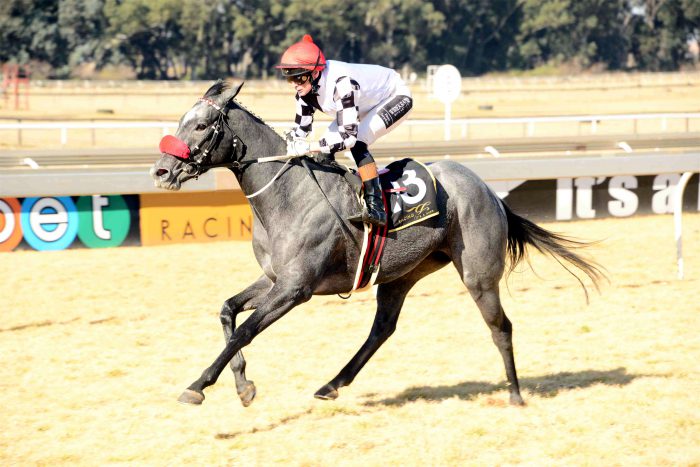 EXCELLENT FORM. Federico’s Dream won well and the form has worked out extremely well. Mike Azzie’s filly is expected to give Gavin Lerena a winning ride in Race 2 at the Vaal today.

Gavin Lerena will be riding in his last meeting on the Highveld today so punters need to make hay while the sun shines. Lerena will ride at Saturday’s Greyville meeting and then he returns to the UK to finish his contract for another month.

He is riding like a demon at the moment and showed sheer class when leading the Highveld Hawks to victory on Sunday’s Rider Cup at Scottsville.

He has picked up some decent rides at the Vaal and should go away with a few winners to his name. He could start off in Race 2 where he rides Frederico’s Dream for Mike Azzie. This two-year-old Gimmethegreenlight filly has only run twice for a narrow long-head second behind Let It Flow on debut and then went on to a comfortable 1.75-length victory over Kitty Coo in her next start.

The first form line is particularly strong as four winners from nine runners have come from it. Most impressive, however, was the follow-up run of Let It Flow who went on to finish second behind Desert Rhythm in the Grade 2 Golden Slipper over 1400m at Greyville on Durban July Day.

Another likely winner for Lerena should come in Race 9 where he rides Queen Anne for Paul Peter. This three-year-old daughter of Fort Wood looked likely to crack her maiden last time out when she found herself in battle over the last 400m but ended up going down just a long-head to Braxton. That race was over 1400m, the same as this event, and she looks ready to pick up her first win.

Lerena also has chances on all of his other rides but the interesting contest could come in Race 3, a Maiden Juvenile Plate over 1400m. There is little doubt Lerena is on the best of the raced horses. He rides Devil’s Peak for owner/trainer St John Gray and this son of Modus Vivendi had a decent enough debut when finishing fifth, 2.90 lengths behind Full Mast, over this distance.

However, he could face a very tough challenge from Mike de Kock-trained Marmook, who goes into this race with quite a big reputation. De Kock reached his 100th winner for the season yesterday and admits to having a remarkable bunch of juveniles.

Mathew de Kock confirmed yesterday the son of Medaglia D’Oro was showing them some good work at home. “He looks very decent and we are expecting a big run. He does have a few issues though.

“He will eventually be wanting further but at this stage of his career this 1400m should be no problem for him.”