Wayde van Niekerk shakes off the nerves – ‘I feel good’

Christiaan Bezuidenhout finished in a tie for 16th place in the men's golf tournament. 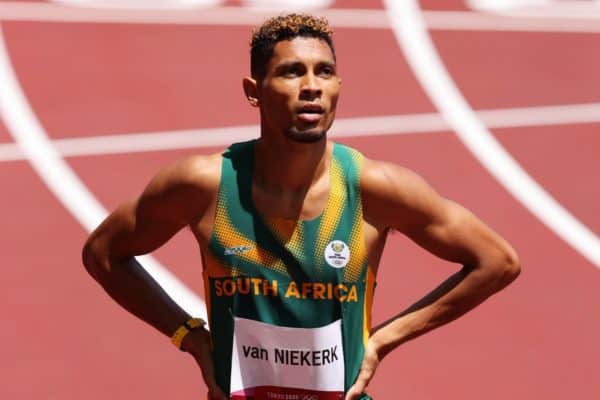 Getting off to a shaky start in defence of his 400m title, world record holder Wayde van Niekerk admitted he was relieved on Sunday after progressing safely through to the men’s 400m semifinals at the Tokyo Olympics.

Van Niekerk went out hard in his first-round heat but displayed a lack of spark down the home straight as he settled for third place in 45.25 seconds, grabbing the last automatic qualifying spot in his race.

Zakithi Nene (45.74) and Thapelo Phora (45.83) finished fifth in their respective heats and did not make it through to the semifinals, to be held on Monday afternoon.

“I had quite a bit of nerves that I had to shake today,” said Van Niekerk, after running only his sixth 400m race in nearly four years as he continued his comeback from a knee injury.

“I’m in the semis and I feel positive. I feel good.”

Elsewhere in the morning session on day nine of the Tokyo Games, Christiaan Bezuidenhout finished in a tie for 16th place in the men’s golf tournament.

Bezuidenhout ended his campaign at 11-under par, seven shots behind American Xander Schaufelle, who held off a challenge from SA-born Slovakian player Rory Sabbatini to win gold.

Garrick Hugo, the only other South African in the field, finished in a tie for 53rd place at level par.

Welcome to fatherhood: Athlete Wayde van Niekerk is now a dad
4 days ago
4 days ago
PREMIUM!

Welcome to fatherhood: Athlete Wayde van Niekerk is now a dad
4 days ago
4 days ago
PREMIUM!