Lions nervous over Ackermann as overseas compliments roll in

Laurie Fisher, the man Johan Ackermann is earmarked to replace him at Gloucester, says he would be a fine candidate for the job. 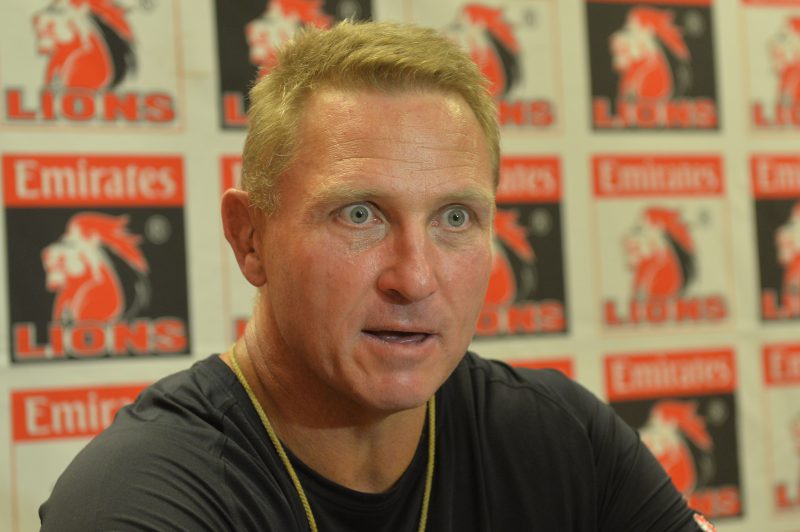 If Lions rugby fans were already twitchy about Johan Ackermann’s future, they’ll be even more so now.

Laurie Fisher, the man Ackermann is earmarked to replace at English club Gloucester, on Wednesday had no problem singing the praises of the Lions’ mentor.

In fact, he believes the former Springbok lock would do a “great job” if he were to be appointed the Australian’s successor.

Ackermann confirmed two weeks ago that he has been formally approached by Gloucester, who have struggled this season and in turn led to Fisher’s sacking earlier this month.

The 46-year-old is still deciding whether he wants to take up the new challenge or stay at the union.

According to various reports though, Ackermann will have to make up his mind by the end of the month, a deadline apparently set by Gloucester.

The end of the month, obviously, is the end of this week, leading to speculation that the Lions coach could confirm the dreaded news at a press conference on Thursday.

The Lions play the Sharks at Ellis Park on Saturday.

“I just know that he has done a wonderful job with the Lions and all you can be judged on is what you are currently doing,” Fisher told Gloucestershire Live.

“They were Super Rugby finalists last year and they are flying high again this year.”

The former Brumbies coach, who replaced Jake White at the Australian Super Rugby side, has also been impressed by the Ackermann has grown as a coach.

“I think Ackermann had a great mentor in (former All Blacks coach) John Mitchell at the Lions for a couple of years and will have learnt a lot of him (and have built on that),” said Fisher.

Even if Ackermann is further convinced by these kind words, he nonetheless will need to be wary of the challenges that would lie ahead.

“It is an enormously challenging environment in Gloucester with massive expectations. The heat will be on him,” said Fisher.

“But Johan is doing a great job where he is, so you don’t see why (he can’t do that there too).”

'Extra training week the cause of ill-discipline, lack of rhythm in URC'
7 hours ago
7 hours ago

'Extra training week the cause of ill-discipline, lack of rhythm in URC'
7 hours ago
7 hours ago