The Springboks already feel the demanding hand of new defence coach Brendan Venter at the national training camp in Stellenbosch. 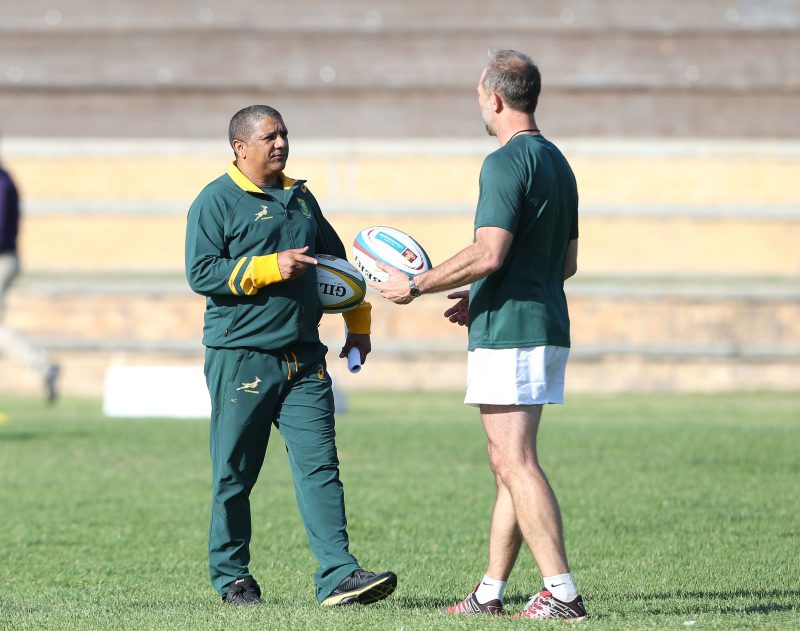 Springbok coach Allister Coetzee has reiterated that the sooner everyone forget about last year’s dismal Bok season the better for everybody.

The second Bok training camp got underway in Stellenbosch on Monday where Coetzee and his support staff worked with the large group of 41 players ahead of the French Test series in June.

While the group went through medical examinations, there will also be field and gymnasium sessions.

With the Boks winning just four of their 12 Tests last season, Coetzee had been under pressure before his contract was confirmed for the rest of his four-year stay after his poor start.

“I think it’s better that 2016 is dusted and buried and we move on from that,” he said.

The former Stormers mentor has not yet moved any closer to naming his new national skipper.

With previous Bok captain Adriaan Strauss having announced his retirement from international rugby last year but opting to stay on as Bulls captain, Coetzee said the situation is still a grey area.

“I think a lot of our Super Rugby leaders are still young and inexperienced at this level. I still prefer to have our national skipper based locally,” he said.

That group will include Stormers flank Siya Kolisi as one of the front-runners along with lock Eben Etzebeth.

Francois Venter (Cheetahs), Pat Lambie (Sharks) and Warren Whiteley (Lions) are other candidates in the mix.

Coetzee stressed that he and Venter share the same beliefs.

He’s also confident that having Franco Smith on board as backline coach, Johann van Graan as attack and breakdown mentor and Matthew Proudfoot overlooking the scrums, represents the right combination of coaches to take the side forward.