David Manuel, the Pretoria-based franchise's backline guru, believes his troops only need to stay more calm in games to get results. 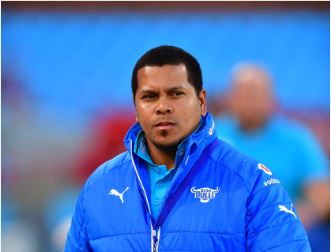 Bulls backline coach David Manuel has admitted the team are now in the unfortunate position of having to chase results.

And that’s because the things that looked in place on the training field during the week have not been implemented during matches.

Having lost all four of their away games so far this season, it is very important that the Bulls get a win against the bottom-of-group Sunwolves in Tokyo on Saturday.

Success in Japan would set them up nicely as they have a string of home games that have to be won if they are to get anything out of this campaign.

“We’re not getting the results but we believe what we have been working on will come through and manifest itself against the Sunwolves.

“As individuals we have to be honest with ourselves. We see the players’ capacity and talent every day in training, which obviously leads to the expectation that we’ll see it over the weekend, but there just hasn’t been a manifestation of it on the field,” Manuel said.

The abs on the players might look impressive, but many critics have pointed to a lack of fitness.

A high level of conditioning is vital for trying to play a high-tempo, ball-in-hand game as the Bulls aim to do but currently it’s a major stumbling block.

Manuel though said there was nothing wrong with the players’ conditioning.

“Of course we must play for the full 80 minutes and we need more patience. We mustn’t get over-excited or anxious with the ball, and there’s been a huge emphasis on our conversion rate. But it’s just a lack of concentration, the guys need to be mature enough to make the right decisions in different scenarios.

“Instead we’ve been making mistakes in any given situation due to bad decisions. But it’s definitely not fitness, we’ve worked hard on our conditioning.”