Want some reaction from all the local Super Rugby sides’ decision-makers after the weekend’s play? Find it all here in one spot. 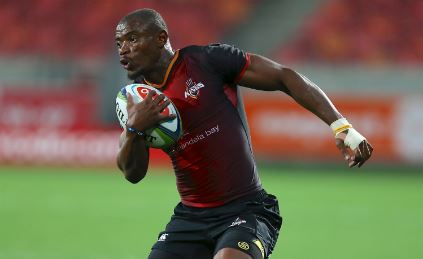 As the Lions increasingly look like the only South African side that will have a lasting impact in this year’s Super Rugby campaign, the focus now turns to that dreaded relegation battle.

The saga of whether the Kings and Cheetahs will be cut is very much a case of perception.

And in that regard, the Kings are winning hands down as they continue show spirit and skill, trying their best to convince the powers that be they deserve a place.

In contrast, the Cheetahs have lost a sixth consecutive match at home.

Deon Davids doesn’t need to tell you his Kings troops produced their best performance of 2017 against the Rebels.

The 44-3 scoreline attests to the men from Port Elizabeth’s ability to attack sharply and also, for the first time, defend tightly.

Instead, Davids is subtly pleading for this group to be kept together for the future.

“It’s good that we can contribute to South African rugby,” he said.

“I told them they made history (this was a record win for the franchise) and now need to work on their legacy. We want to be role models and do it for longer periods of time.

Trust proving vital for the Lions

Continuity is a beautiful thing.

In a modern system where rugby teams have to deal with change annually, the Lions have the relatively luxury of a stable group.

Leading only 17-15 with seconds to spare against the Force in Perth, they scored a try at the death to suddenly gain five log points from the game.

And that Elton Jantjies try was nothing more than pure trust in their system.

“They forced the Force into conceding two penalties at the death. The scrum was chosen as our big weapon and it led to points. There’s trust in that system.”

Pleasingly, it’s increasingly becoming a culture for the younger players as well.

Hard as it may be to believe, Cheetahs coach Franco Smith is adamant his side’s 48-21 loss to the Crusaders isn’t a sign of a downward spiral.

“You can’t call it a slump‚ we were never truly outplayed even though there were periods when we were on the back foot,” he said.

“You may call it a slump but it doesn’t mean we’re in a slump because we’re not winning. If the players didn’t arrive on Monday or prove they didn’t want to win then I would agree but we continued playing right till the end.”

If anything, Smith believes the Cheetahs merely need more killer instinct, the ability to use opportunities, to gain more positive results.

“Sergeal Petersen’s disallowed try just before halftime would’ve given us a big boost because we would’ve gone into the break 15-14 down against the log leaders and that would have been a nice feeling,” he said.

“We just gave the opposition too much respect and that’s something we’ve got to change.”

Yet if you miss 43 tackles, will scoring points get you anywhere anyway?