Springboks: Beating the Pumas is like eating an elephant

Backline guru Franco Smith has an interesting philosophy on how the wary Springboks need to keep the nippy Argentinians in check. 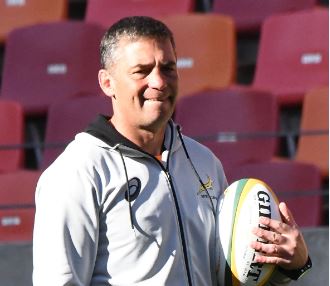 Why are the Springboks viewing the back-to-back Test matches against Argentina as four halves of rugby?

It might sound like the old adage of eating an elephant piece by piece but it’s actually easily explained, according to Springboks backline coach Franco Smith.

South Africa open their Rugby Championship campaign on Saturday in Port Elizabeth against Argentina before playing the return Test against the same opponents a week later in Salta.

“Every Test match is going to be important for us going forward,” Smith said at the Boks media session in a windy Port Elizabeth on Tuesday afternoon.

“We actually see these two games as matches with more than two halves. We know it’s going to be four halves of 40 and not just one game of 80. We’ll have to apply a lot of pressure from the start.”

Quite significantly, none of the Springboks staff or players are even mentioning the All Blacks or the Wallabies yet.

It’s all about the Pumas for now and show they clearly are wary of them.

The Springboks have a few scars left after the Argentinians made a history against them in the previous two years.

In 2015, the Pumas won for the first time in South Africa with a resounding 37-25 triumph in Durban before claiming their first victory at home against Allister Coetzee’s men last year.

“It’s important for us to just settle in our ways after the June Tests and find our feet quickly. We need to build in this tournament,” said Smith.

“And we all know what we want to achieve and what we are aiming for, but a good start from our side will be just as important.”