The Springboks coach believes the Australians threw away a rare victory over the All Blacks a few weeks ago. 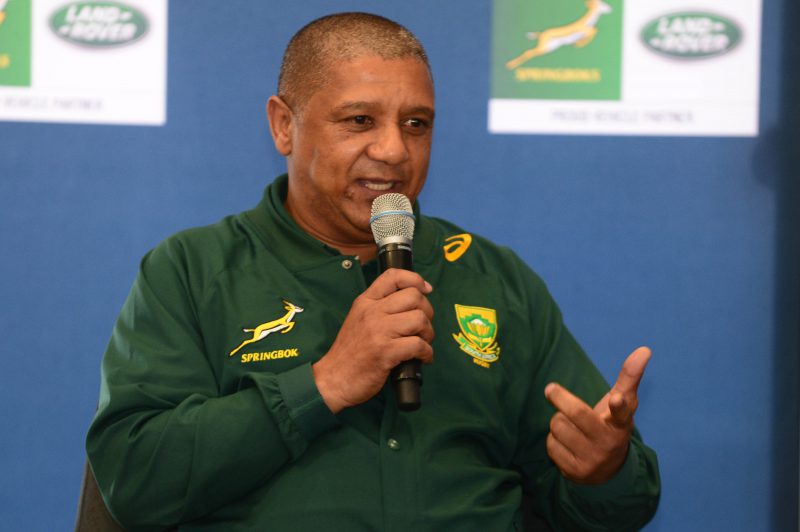 Springbok coach Allister Coetzee found himself on the brink of a mini-controversy after his first media conference on Aussie soil in Perth yesterday ahead of the Rugby Championship clash against Australia on Saturday.

Aussie media on the RugbyHeaven website were quick to jump on the bandwagon and label Coetzee’s statements “subtle sledging” after the Bok coach questioned the Aussies’ lack of a killer punch in the recent losing Test against the All Blacks in Dunedin.

Also read: How the Force fiasco could help the Springboks in Perth

“To not to have won that one, I don’t know how it slipped away in the last three minutes when you get so close to winning a Test,” Coetzee said.

The Aussies lost 35-29 after holding a 29-28 lead with just three minutes left in the closely contested Test, before flyhalf Beauden Barrett broke their hearts with a try.

“They recovered well but to put themselves in a position to win it, then you should’ve won it,” Coetzee.

The Boks will put three of their players through fitness tests on Tuesday before Coetzee announces his match 23 on Thursday.

Prop Coenie Oosthuizen (ribs), centre Jan Serfontein (back) and scrumhalf Ross Cronje (ankle) will be put through their paces.

“To have 28, 29 fit players is really a good position to be in,” said Coetzee, with the only real doubt hanging over Oosthuizen.

“Coenie will be put through his test, but he is running-fit so I don’t really foresee any problems there.”

The Bok coach has identified centre Kurtley Beale and fullback Israel Folau as two of the biggest threats to his team.

“Kurtley Beale is an exceptional player, he’s one of those worldclass players and he will always have a massive impact in any game because he’s a skilful player,” said Coetzee.

Coetzee said Beale reads space very well, he’s got all the skill sets to distribute, to be able to kick and read and he’s a good reader of the game.

“He has a massive influence on the Wallabies’ attack at this time,” he added.

“Folau is in unbelievable form, he’s a top-quality player, while scrumhalf Will Genia seems to have hit his straps now as well.

“They’ve got really quality backs and a pack that can lay a foundation for them.”