The national team's backline coach is convinced the players don't go into their match against the Wallabies low on confidence. 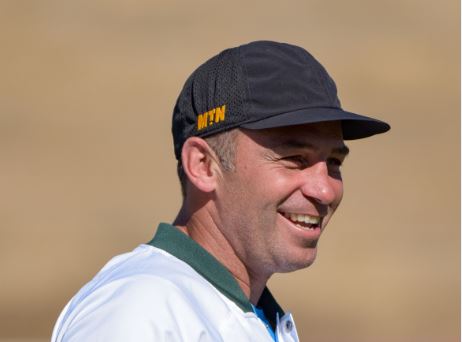 I t is not the hardest thing in the world to turn the Springboks’ fortunes around after the debacle in Albany, believes their backline coach Franco Smith.

Smith responded about possibility of morale being low after being hammered 57-0 by the All Blacks.

“I am actually blessed in the sense that I’ve worked with teams in the past who had been in a similar position,” he said.

“It’s all about ball-retention, but I think we can only improve on that. It’s important though that we get the ball back into our hands.”

Smith said with a new team taking shape at the start of the year, there were always bound to be stumbling blocks along the way.

“We must remember that a third of the side faced the Haka for the first time and as I remember as a player, it’s quite an intimidating experience.”

But Smith said the focus has now shifted to Australia who had bounced back strongly after suffering a 54-34 defeat to the All Blacks in the opening fixture of the Rugby Championship.

“I think Australia have got some good confidence and went back to their point of reference and back to their strengths,” he said.

And while the Bok back three of fullback Andries Coetzee and wings Courtnall Skosan and especially Raymond Rhule have come under a fair amount of criticism, Smith had a different take on the issue.

“The argument that our back three are struggling is just a perception,” said Smith.

“If you look at how many balls had been dropped by our predecessors and other teams it’s not a problem, while one must keep in mind we are still sitting with a very inexperienced backline.”

Smith said he and defence coach Brendan Venter are involved in on-going communication about the development of the backline.

“Brendan and myself are talking to one another all the time about finding the correct blend between attack and defence,” said Smith.

Meanwhile, the Springboks have released three players back to their provinces for Currie Cup and Pro14 duties this coming weekend.

No 8 Dan du Preez and wing S’busiso Nkosi will return to Durban to join up with the Sharks, while wing Raymond Rhule will re-join the Cheetahs and is available for Guinness Pro14 selection