Allister Coetzee could pull a few rabbits out of the hat

The Springboks might boast a new front row against the All Blacks on Saturday as well as an unexpected loose trio. 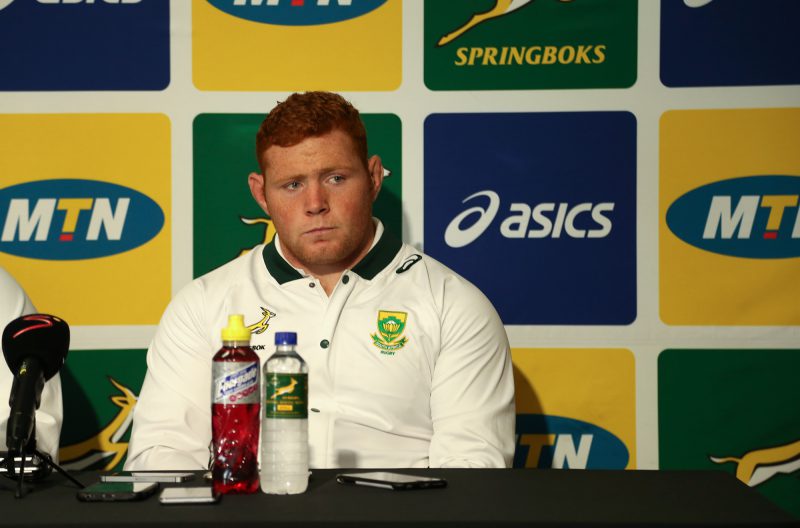 Steven Kitshoff is in line for a run-on debut. Photo: Petri Oeschger/Gallo Images.

Springbok coach Allister Coetzee is expected to pull at least one cat out of the bag when he names his side on Thursday for the Rugby Championship Test against New Zealand at Newlands on Saturday.

The Boks last won a Test when they beat Argentinia in Salta, which was then followed by two drawn results against Australia and a massive defeat against New Zealand.

Also read: Cane comments show how Saru has shot Springboks in the foot

The one obvious change will be to bring in No 8 Jean-luc du Preez for the injured Uzair Cassiem, with Dan du Preez added to the bench.

A rumour doing the rounds too is that Pieter-Steph du Toit could be deployed at No 7 with Siya Kolisi moving to eighthman.

But then Coetzee could also decide to go with two extra locks on the bench as he did the last time they played the All Blacks when Lood de Jager joined Du Toit on the bench.

The surprise Coetzee could pull is to name Steven Kitshoff at loosehead in the starting line-up in the place of the 95-Test veteran Beast Mtawarira, but then, the Bok problems didn’t lie at loosehead but at tighthead in the form of the struggling Ruan Dreyer.

It can be no coincidence that Thomas du Toit was called up when there was no injury reported as he can scrum on either side, while the strong scrumming of Wilco Louw should also be considered.

Which could mean a possible injury to Mtawarira is being kept behind closed doors.

“We pride ourselves on our set-piece and a number of penalties went against us in the scrums,” said Coetzee.

“I will have to look at those scrum calls again, at times I felt the calls could have gone for us, but it went the other way,” said Coetzee.

It seems however the coach will keep his backline intact, even though several opportunities went begging in the 27-27 draw against Australia in Bloemfontein last weekend.

“We played against an experienced and world class backline and shaped up well.”