Despite boasting the best defence in this year's Currie Cup, JP Ferreira believes the Capetonians have some serious game breakers. 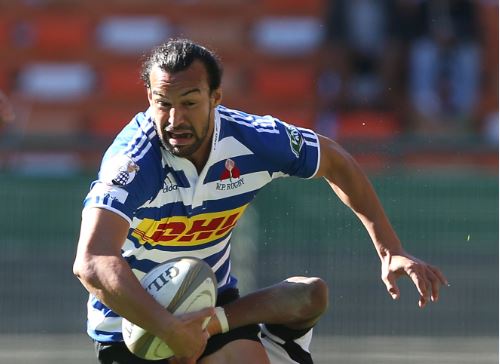 Dillyn Leyds is one man the Lions will need to cage. Photo: Carl Fourie/Gallo Images.

Give dangerous runners like Western Province fullback Dillyn Leyds and centre Huw Jones half a chance and you will pay the price.

That’s the stark warning from Lions assistant coach JP Ferreira ahead of the highly anticipated Currie Cup semifinal on Saturday afternoon between the home team Western Province and their visitors from Gauteng at Newlands.

Ferreira is the longest serving member on the Lions coaching panel having served the last 10 years since 2007.

Ferreira also experienced former Bok coach Jake White briefly, who did a audit on the Lions structures around 2009 shortly after Eloff was sacked.

In November last year was the  Springboks’ defence coach on their November tour of the United Kingdom.

Ferreira initially started as Lions technical advisor until he was made defence coach under Ackermann.

And Ferreira believes that while there is a thought that it’s a case of the Lions attack against the Province defence this weekend, the Capetonians showed with their 39-3 win over the Lions early in the season at Newlands what they are capable of.

“Province made a huge step-up in defence,” said Ferreira.

Province indeed have the best tackle completion rate in the competition at an impressive 88%.

“In the first Currie Cup game at Newlands they put us to the sword. They are very dangerous in counter-attack and from turnovers,” said Ferreira.

“It will be a game of inches and we will have to step it up, but the boys have great belief and confidence.”