Beast just knew he had to deliver on his big day

It took an innocuous question from his son, Wangu, to sting the Springbok prop into action in his historic 100th Test. 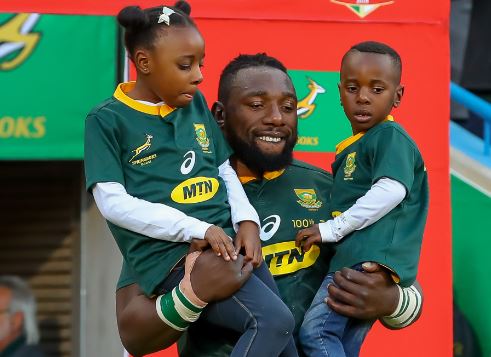 When his son Wangu asked him “hey dad, what’s it with all the noise”, Springbok prop Beast Mtawarira realised he had to play the game of his life.

The 32-year-old Mtawarira became the sixth Bok to win his 100th Test cap in Saturday’s second Test against England – but only the second after Victor Matfield to be on the winning side.

“My kids are my inspiration and for them to walk out with me was extra special,” he said after his son and daughter Talumba walked out onto the field with him to a rousing reception.

“I was even motivated more because I look at them filled with pride and they look up to me as their role model. I just wanted to make them really proud,” he said.

Mtawarira said another big moment was when he got a surprise phone call on Friday from President Cyril Ramaphosa.

The first thing he did after answering his phone was to ask who was speaking and to his surprise heard the voice say ‘it’s the President’.

“So I had to get very formal very quickly. I said thank you so much Mr President and he congratulated me. It was very encouraging and overwhelming hearing how he praised me and that he actually knew who I am. So the whole time I just said ‘yes sir, thank you sir’.”

Mtawarira said it was an unbelievable day and feeling throughout the whole week it was great thinking of where his journey started.

“I’m just grateful to be here and to my team-mates, they made it really special for me. I must thank the whole of South Africa for the support throughout my career.

“There’s a whole lot that happened before this, but it’s been a great night. I’m just thankful and obviously my family was here to witness it as well which made it extra special.”

And he almost rounded it off with a try after a decisive linebreak had the crowd in full voice.

“Obviously I wanted to go all the way to the tryline and I got caught, but I was just glad Duane (Vermeulen) was able to finish it off.”

Nienaber: 'French camp will help get SA-based Boks up to speed'
3 hours ago
3 hours ago

Nienaber: 'French camp will help get SA-based Boks up to speed'
3 hours ago
3 hours ago