Paige puts Bulls humiliation behind him at ‘caring’ Cheetahs

While the Springbok dream remains alive, the scrumhalf is now only focusing on being a senior player in the squad. 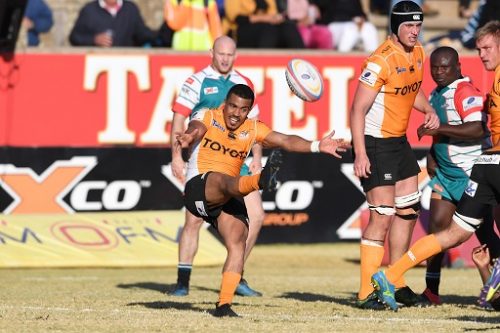 Rudy Paige had to endure a fair amount of pretty public humiliation at the beginning of the year.

To his credit, the New Zealander never tried to hide that fact and, while praising Paige’s work ethic and attitude, admitted the Bulls were open to offers.

Recovered from surgery, the halfback attracted interest from the Cheetahs, went on loan and has now been rewarded with a full-time contract.

It’s been quite a whirlwind, short journey.

“Rugby is very much a sport about perception, perceptions of coaches and people,” said Paige philosophically ahead of the Cheetahs’ Currie Cup opener against the selfsame Blue Bulls in Bloemfontein on Friday evening.

“I’ve now learned that you just need to focus on yourself and what you do well. You have to make sure that you have a healthy support system to back you up.

“You can’t control things on the outside. I just needed a team to trust and the Cheetahs have, so I’m going to give them my all.”

But, with a big smile, he does admit that things were rather challenging, especially since so many things happened in such a short space of time.

“I got married, which was a highlight but I also had the operation and stuff. It didn’t always look rosy,” said Paige.

“I thought I played good rugby in the SuperSport Challenge and got to know people at the union that care about me. I’ve enjoyed that. The human factor has really been inspiring for me.”

Relishing the responsibility of being a senior player for the Free State franchise, which has to juggle Currie Cup and Pro14, Paige still harbours Springbok ambitions.

“The Springbok jersey will always be a dream and something I want to pursue. I have to first play good rugby though and earn the trust of my teammates.”