Young Willemse chilled over a less than glamorous Bok debut

His first pass in international rugby was the stuff of nightmares but he actually recovered quite decently. 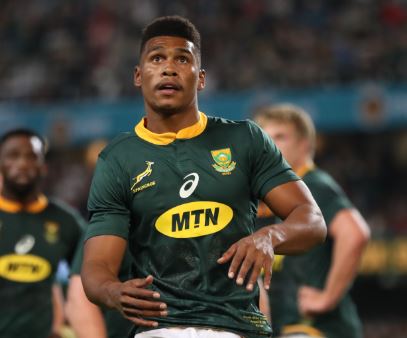 20-year-old Damian Willemse has already put a difficult Test debut behind him.

Brought on as a replacement and slotting in at flyhalf, the Stormers pivot first pass in international rugby was intercepted and led to Argentina’s third try at the weekend in Durban.

It certainly wasn’t the type of touch an expectant public was expecting.

ALSO READ: Why Aphiwe Dyantyi gave up a hat-trick in Durban

“I’m just glad I got a run. The mistakes I made a very much fixable, I’m not sweating over them. It’s obviously not the ideal the team or I wanted but it’s over now.”

That said, Willemse – even if it wasn’t visible to everyone – did quite a few things right too.

His first contribution was a good clearance on his own touchline when the Springboks were under pressure, while he also completed all four of his tackles, including a crunching one in midfield when the Pumas were on the attack.

Throughout the build-up to the match, it was expected that Willemse would play at fullback but he wasn’t flustered when the national coach told him to play at No 10.

“Rassie and I had a chat at half-time about the possibility. I was ready for it.”

In fact, Willemse probably didn’t even need to be informed about the plan given that he prefers to play flyhalf anyway.

“Well, I’m a flyhalf. It is my preferred position. But I don’t mind playing at fullback, I’m available wherever the team wants me to play. I’ll give my all for this team,” he said.

“This is a team where a lot of youngsters are putting their hands up. I want to work harder and I want to learn from everyone else, put that knowledge in one pot and mix and match to become a better player.”