Skills go missing in Mbombela as Ivan van Rooyen's team relies on its experienced backs to tame a game but error-prone Pumas side. 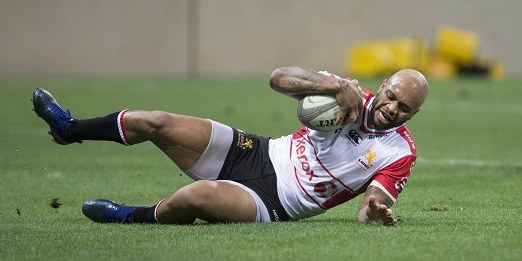 The Golden Lions secured their spot in this year’s Currie Cup semifinals with a 33-21 victory over the Pumas in Mbombela on Friday night, but they won’t look back on this game particularly fondly.

In many respects, this was a pretty poor advertisement for South Africa’s hallowed, badly-treated domestic competition.

Discipline was a major problem for both sides and the handling, at times, pretty embarrassing.

Yet the experience of the Lions’ backline was eventually telling as they delivered enough moments of class to keep the hosts at bay.

But to think this was essentially a quarterfinal isn’t a comforting thought.

There were a lot of bright moments from the Lions’ wise men, but only Lionel Mapoe really kept his standards high throughout the 80 minutes. The Springbok centre was energetic on attack, especially in snaffling a crucial intercept try right at the start, and the heart of the defensive effort. It sometimes felt as if he’s too good to play at this provincial level.