Critics say the domestic tournament is neglected and watered-down, but you're not going to convince the Lions and Bok flyhalf of that. 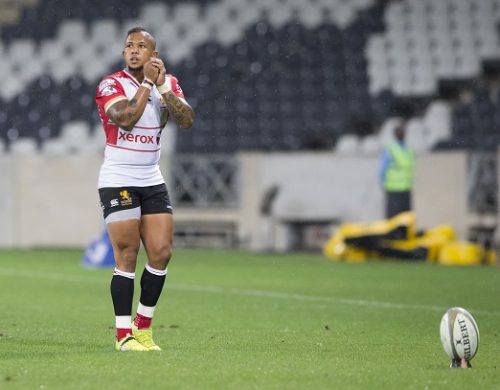 Elton Jantjies will probably be captaining the Lions in the Currie Cup over the Christmas period rather than being on holiday with his family this year. Picture: Getty Images

Elton Jantjies has given the embattled Currie Cup a pretty emphatic thumbs-up.

“The quality of the rugby definitely hasn’t decreased,” the Lions and Sprinbok pivot said on Tuesday.

“All I think that’s changed is that previously there were a lot of older players playing, now it’s definitely more of the younger guys coming through. We really should give more attention to this competition.

“I believe the Currie Cup is our main domestic tournament, I see Super Rugby as an international competition.”

Critics might argue the 28-year-old’s perspective is a bit biased, especially given the fact his shift in last weekend’s victory over the Pumas was his first Currie Cup match in five years.

What can’t be disputed though is Jantjies’ fondness for the tournament.

“It really was exciting to play again. When you report back for provincial duty, you tend to take it as a formality, a given. You really shouldn’t,” he said.

“When I heard I’m going to play Currie Cup again, it gave me a boost in energy. I’ve always cherished this tournament.”

It’s not difficult to pinpoint why.

Jantjies put himself on the map as a player at senior level under John Mitchell in 2010 and then famously led the Lions to 2011’s Currie Cup title as a 21-year-old.

Seven years later, head coach Ivan van Rooyen’s vintage is relying on the wisdom of Jantjies and various other senior figures to repeat the feat, starting with Saturday’s semifinal against the Sharks in Durban.

“Being one match away from another final is going to be a big motivating factor,” he said.

“I’m not going to shy away from that fact. I’m getting to know my boys and what’s happening around me, but it has to happen much faster in 2018. I’m looking forward to it.”