Another year, another thoroughly mediocre campaign for the local franchises. 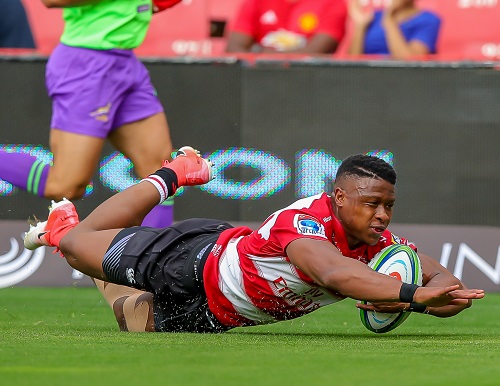 Four clearly wasn’t better than six for the South African teams in Super Rugby’s reversion back to 15 teams.

There had been misplaced hope that the Cheetahs and Southern Kings’ expulsion would result in more competitive squads, but the problem was that some of their best players invariably chose the overseas route instead of staying put.

More pertinently, those two teams didn’t simply cease to exist – they gained entry into the Pro14, keeping some worthy players on the book.

As a result, South Africa once again experienced a thoroughly gloomy campaign.

It certainly didn’t help that its teams were required to play against New Zealand opposition again.

Unsurprisingly, it was Swys de Bruin’s Lions that were once again the flagbearers.

This was by far their most inconsistent campaign since 2014, but they showed two years of playoff experience in hitting compelling form to reach a third successive final.

Pleasingly, the gave a really good account of themselves against massive odds in the final against a rampant Crusaders.

But the rest of the challenge was dross.

Robert du Preez’s pragmatic Sharks had their moments and managed to squeak into the playoffs, but their resources were still exposed.

Yet that felt like a triumph given how the Stormers and Bulls fared.

The Capetonians were bedevilled by injuries and, frankly, poor coaching, while John Mitchell’s Loftus men played some sparkling attacking rugby, only to be undermined by dodgy fundamentals and injuries.

It doesn’t look like it’s going to get better this year.

You gotta love a South African team punishing a Kiwi side on their own turf.

So it’s understandable that the Sharks’ rousing 63-40 win over the Blues was a treat.

The Durbanites were truly brilliant on the day, spearheaded by the immaculate boot of flyhalf Robert du Preez jnr, who scored 38 points on his own.

They won this “award” last year and have done so again.

The frustrating thing about the Bulls is that they really did seem to have a workable template going for them and played some really good rugby at times and merely threw away some results because they lacked composure.

This was supposed to be a promising work in progress.

But there didn’t seem to be patience – not from coach John Mitchell nor the board he clashed with.

It’s a pity, it could’ve been interesting to see how he could’ve worked with men like Duane Vermeulen and Schalk Brits.

Super Rugby was dogged again by vociferous debates over refereeing and, in particular, TMOs.

Yet in general, this was a tournament lacking in juicy drama.

So, given that it actually did happen during a Super Rugby broadcast, let’s consider this the drama of the Super Rugby year, at least from a local perspective…

Malcolm Marx was absolutely immense for the Lions throughout, combining his trademark poaching and ball-carriers with some solid lineout throwing.

He’s also grown as a scrummer and it was a testament to his influence that he was missed so dearly by his side, even if it only amounted to a few weeks.

Try of the year