Schalk Brits continued to defy his age and dominated his contest against Malcolm Marx. And the Bulls are smiling all the way... 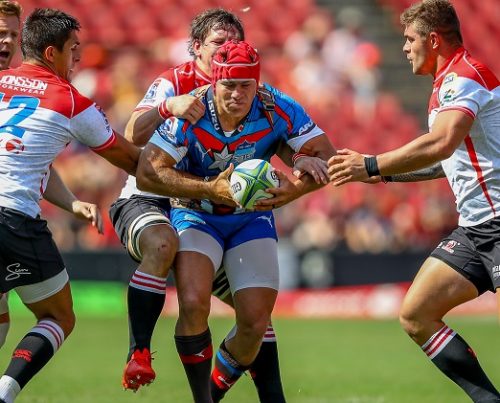 When Springbok coach Rassie Erasmus masterminded Schalk Brits’ retirement U-turn last year, it was done with the intention of being a senior player-mentor for the national team.

Yet an awkward thing happened in the Bulls’ comprehensive 30-12 victory over the Lions at Ellis Park on Saturday: Brits thoroughly outplayed Malcolm Marx, the Boks’ first-choice hooker and considered the leading player in the position in world rugby.

And the 37-year-old veteran did it by simply enjoying every moment.

“For me, it has always been about having fun,” said Brits.

“I don’t want to show anything. If you go way back, everyone always said I should prove to (former World Cup-winning Bok mentor) Jake White that I should be in the team. It was never about that. It is about having fun with my teammates. If you win, then you win, if you lose, you lose.”

Naturally, that attitude extends to his “battle” with Marx, which isn’t about who was better than the other.

“Still, the fun part is the biggest part of rugby. Even now, I am going to have a beer with Malcolm,” said Brits.

“I want to bring the old school and professionalism together. People can’t lose that essence. You fight hard on the pitch and afterwards, you have fun.”

What was undeniable though was Brits’ all-action performance, which included 43m running metres from 8 runs – including a clean break – as well as nine tackles and a turnover.

The man truly continues to defy his age.

“For me, it is always about work ethic. Get out there, work hard and enjoy it and have physicality. I love the physical part of it,” he said.

“I miss being sore. After the game against the Stormers, I couldn’t get out of bed and my wife asked me why I do this to myself. And it was just 37 minutes!”