Ivan van Rooyen's troops still didn't fire on all cylinders, but defended well and scrummed superbly against a Griqua team that forgot some of their strengths. 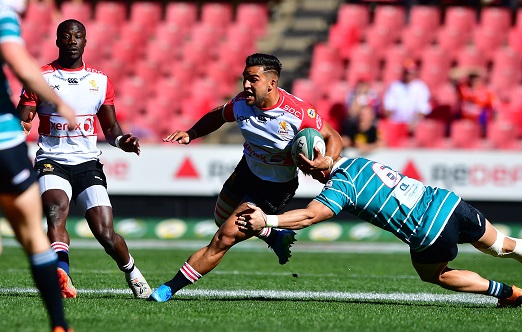 The Golden Lions made the most of home advantage after beating Griquas 34-19 in a tough Currie Cup semifinal at Ellis Park on Saturday, in the process booking their first final since 2015.

Despite leading 21-13 at the break and scoring three first-half tries, Ivan van Rooyen’s troops never really managed to run away with matters as the visitors, especially with their trade-mark rolling mauls and a strong performance at scrum-time, ensured the Lions could never quite relax.

But it was revealing how the Lions produced their best performance to date in this year’s competition while still firing on all cylinders.

That actually bodes well for next week’s climax.

Former Blue Bulls wing Duncan Matthews was very good at inside centre for the Lions, creating headaches on defence for Griquas throughout the game. Apart from a sniping break early in the first half, where he burst though a gaping hole in midfield, he was also the key role player in the Lions second try scored by wing Stean Pienaar when he cleverly delayed his pass to open up the space. That type of game-breaking ability could prove very useful.