With the Bulls remaining unbeaten at Loftus under coach Jake White, the Lions' biggest challenge will be how to penetrate the home side's almost unbreakable wall of defence. 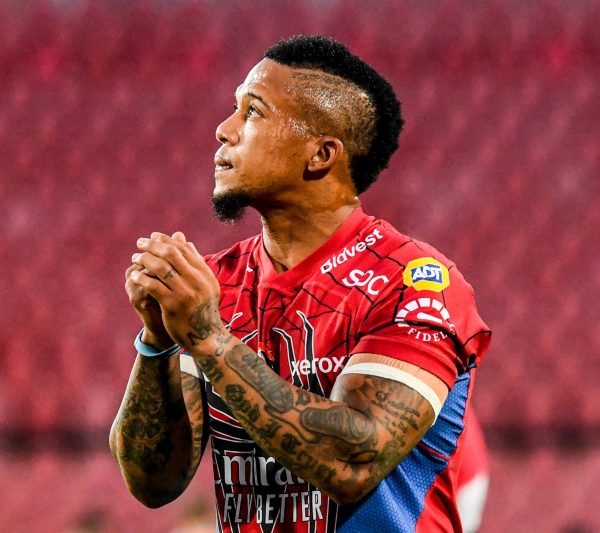 Lions captain Elton Jantjies is confident about his team's chances against the Bulls in their Currie Cup playoff. Picture: Gallo Images

Captain Elton Jantjies says there is a “great belief” in his Lions side as they approach their Currie Cup semifinal clash against the Bulls at Loftus today.

The Lions will arrive as the underdogs after losing both their matches against the Bulls this season, albeit by narrow margins.

“Our belief is immense and the trust in each other is growing all the time,” said Jantjies.

“We have had a good campaign in terms of the Currie Cup so far, so we are not far off.”

With the Bulls remaining unbeaten at Loftus under coach Jake White, the Lions’ biggest challenge will be how to penetrate the home side’s almost unbreakable wall of defence.

“There is no excuse for us not to perform [in this match],” said Jantjies.

“We have a plan and I believe the team is in a good space. We know what the coach expects of us.”

The Lions captain admitted the Bulls were very experienced and singled out the likes of captain Duane Vermeulen, prop Trevor Nyakane and seasoned flyhalf Morne Steyn.

“The Bulls definitely have experienced players and a good leader in Duane who is a guy of few words but sets the example with his actions and is playing good rugby,” said Jantjies.

“They also have Trevor who is very experienced and was at the World Cup and played Test rugby, as well as Morne, and we know his history, so they have great experience.”

We caught up with Xerox Lions stalwart @dreyer_ruan ahead of this weekend's Carling Currie Cup clash at Loftus.#LionsPride pic.twitter.com/2JMXC1XhVy

The Lions, however, are also not short of experience through Jantjies himself, as well as veterans in prop Jannie du Plessis, flank Jaco Kriel and lock Willem Alberts.

“We also have experience in key positions and the young guys have also
worked extremely hard,” said Jantjies.

“We had to take ourselves to another level due to the competition within the group, but we have created a good balance between the experienced guys and the young guns.”

At fullback the Lions have Tiaan Swanepoel who has been a star in the competition with his ability to kick penalties from well inside his own territory.

The Bulls, however, have a potential threat in centre Cornal Hendricks who will be opposing former Bulls captain Burger Odendaal, while the Lions will be tested under the expected high-ball barrage of the home team.

“Tiaan has been great with his kicks and is definitely a weapon we can use,” said Jantjies.

“But we also have some exciting backs who we were hoping to give a chance to show what they have.”