Sharks unleash stars for Lions clash, but still no Kolisi

The Springbok captain will have to wait a little longer for his first match in the black-and-white jersey. 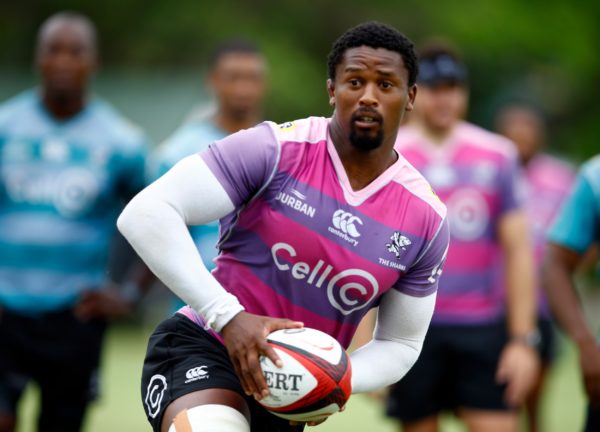 Sikhumbuzo Notshe will be back in action for the Sharks this weekend. Picture: Gallo Images

The Sharks’ Currie Cup stars have enjoyed a five-week break in the sun and fun of Durban, but now is time for them to start filtering back into action, with coach Sean Everitt on Thursday naming 13 of the squad that played in the recent final in the line-up for Saturday’s Preparation Series match against the Lions in Johannesburg.

New arrival Siya Kolisi, however, is still conspicuous by his absence.

Sikhumbuzo Notshe, Lukhanyo Am, Dylan Richardson, Thomas du Toit and Curwin Bosch will all return to action this weekend, but Springbok captain Kolisi will have to wait a little longer for his first match in the black-and-white jersey following his move from the Stormers.

“These matches are about opportunity and game time for the whole 45-man squad and we’ve rotated after two matches because it’s time to make changes now and bring the seniors back,” Everitt said.

“After a five-week break they ae ready to rock-and-roll. We showed we can vary our play in the Currie Cup and now it’s about developing confidence in our style of play.

“Siya is still in his pre-season. He’s just completed his first full week of training. Our defence and attack systems are very different to what he’s used to and it does take time.
ALSO READ: Everitt to continue experimenting with Sharks

“We’ll give him a go next week if we feel he understands our systems well enough, but it’s by no means a definite.”

A couple of interesting new youngsters will make the trip up to the big city with the Sharks.

Centre Rynhard Jonker, the son of leading referee Marius, is a Glenwood High School product who Everitt said the Sharks have recruited for his utility and creative skills, while replacement lock Emile van Heerden is an U-21 star who is the son of former Springbok Fritz.

'Master the breakdown, be unstoppable' in URC — Sharks' Richardson
7 days ago
7 days ago

'Master the breakdown, be unstoppable' in URC — Sharks' Richardson
7 days ago
7 days ago