The Boks won't have much time to freshen up after the Lions series as the Rugby Championship starts next week. 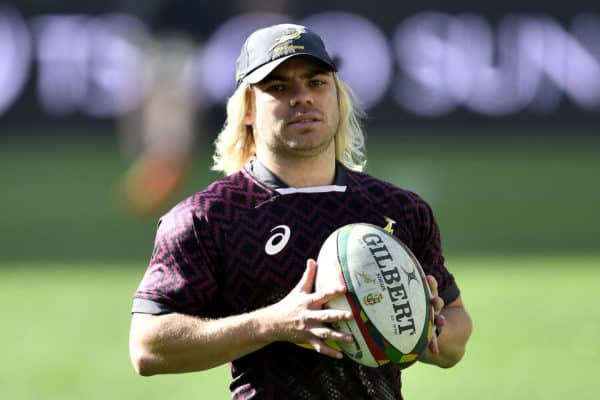 Faf de Klerk will not play for the Springboks for the next few weeks after picking up an injury in the second Test against the Lions. Picture: Ashlley Vlotman/Gallo Images/Getty Images

While Duane Vermeulen may be ready to return to the Springbok set-up for the Rugby Championship opener against Argentina next weekend, there is little chance of Pieter-Steph du Toit and Faf de Klerk being cleared for action.

Vermeulen returned to the Bok set-up earlier this week after recovering from an ankle injury picked up a few weeks ago but was not considered for the third Test against the British and Irish Lions this weekend.

Jasper Wiese will again don the No 8 jersey, as he did last weekend, after Kwagga Smith started at eighthman in the first Test.

“Duane is in the process of making a return to play. He has done his rehabilitation work and is now in the next phase, which is the training phase,” said Nienaber.

“The rehab guys did a great job with him and it’s nice having him back in the group, but we’ll never play him if he’s not ready. He also has to be confident in himself to play.

“Remember he hasn’t been in this environment for a while and needs to get up to speed with what’s been going on in the squad as well, regarding calls and certain plays.”

If all goes well though the big No 8 may play next weekend in Nelson Mandela Bay.

There is, however, some concern about the injuries suffered by Du Toit and De Klerk last weekend. Neither will play in the Lions series decider, Du Toit’s place being taken by Franco Mostert and De Klerk’s by Cobus Reinach.

“Pieter-Steph is still getting his shoulder checked out by specialists and we’ll have more clarity by the end of the week,” said Nienaber.

“And Faf has a soft tissue issue and he’ll be out for three to five weeks.”

Reinach said the Bok game-plan wouldn’t change much with him coming into the side.

The Boks this week called into the squad additional players Dan du Preez, Johan Grobbelaar and Jaden Hendrikse to cover for the injured men.