Lealiifano said he was itching to pull on the Moana Pasifika jersey and re-join Super Rugby with the new franchise. 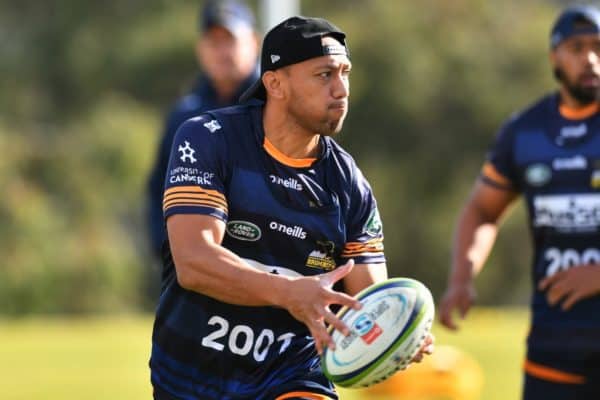 Former Wallabies flyhalf Christian Lealiifano has signed with new Super Rugby side Moana Pasifika, with the club on Thursday announcing an initial one-year deal with the playmaker.

The 26-Test Lealiifano — who last played for the Wallabies in their quarter-final loss to England at the 2019 World Cup — is one of the first players to join the fledgling club that will make its Super Rugby debut next year.

The New Zealand-born 34-year-old played 150 Super Rugby matches for the ACT Brumbies in a career rocked by a leukaemia diagnosis in 2016, when he was told he would never play again.

ALSO READ: All the dates and venues for the 2022 Sevens series

Remarkably, following a successful bone marrow transplant, he returned to Super Rugby the next year. He then headed overseas for a short stint playing in the Pro14 and European Rugby Champions Cup with Ulster before joining the Toyota Shuttles in Japan’s top league.

His fairytale return to top-level rugby was complete in 2019 when he started in the Wallabies side that put 47 points on the All Blacks in Perth before the World Cup.

“Christian is one of those unbelievable players who oozes class as a footy player and a man,” Moana Pasifika coach Aaron Mauger said.

“How he sees the game, how he plays the game and the level of professionalism and leadership he brings will play a huge part in our growth as a team and the development of the players around him.”

Lealiifano said he was itching to pull on the Moana Pasifika jersey and re-join Super Rugby with the new franchise, one of two Pacific island teams to enter the competition next year.

“As someone who was raised a proud Samoan, there is massive appeal in playing for a team that celebrates my heritage, and my culture,” he said.