All Blacks to focus on decision making after Springboks ‘surprise’

Though Ian Foster's team won the Rugby Championship they were stung by the defeat to the world champions. 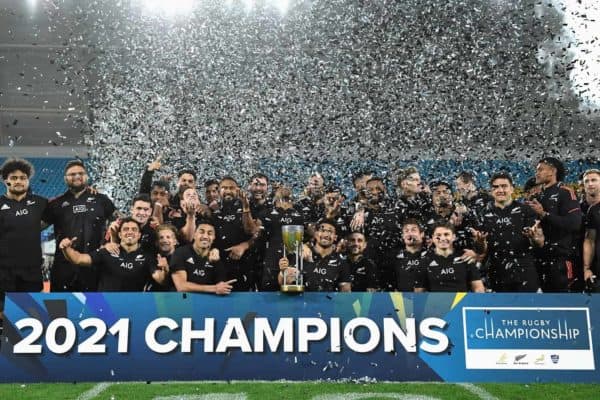 The All Blacks have targeted decision making as an area of focus on their end of year tour. Picture: Getty Images

All Blacks coach Ian Foster has earmarked decision making under pressure as a key shortcoming that needs to be eliminated on their upcoming northern tour.

Although New Zealand won this year’s Rugby Championship, and briefly returned to number one in the world rankings, they were stung by their loss to the Springboks in the final game.

“We need to make on-field decisions quicker than they have been,” Foster said Friday from the All Blacks’s Sunshine Coast base in Australia.

“We created some space, and created options, particularly off line-out time that were there really for us to take and yet we seemed a little bit hesitant to call that.”

Their first chance to show they have made improvements comes next weekend when they launch their northern tour against the United States in Washington.

The match will feature the return of the vastly experienced Sam Cane and Dane Coles from long injury lay-offs.

Foster said he will also give less experienced players a chance to push for a permanent run-on spot and there had been no holding back in training.

“The type of sessions have been a bit different, a lot more skill-based, a lot more focused on our learnings from South Africa and in the last two training runs we’ve really ramped up the physicalness of it.

“We’ll get a chance to … keep learning the lessons that when we do get surprised on the park we will need to react a lot quicker than we did.”

While the All Blacks are ranked second in the world, the United States have slipped to 17th after losing to Uruguay in the play-off to fill the Americas 1 slot at the 2023 World Cup in France.

When the two sides last met in Chicago in 2014, the All Blacks romped home 74-6, with Cane scoring one of their 12 tries.

But Foster was not worried about the prospect of another score blowout having a negative impact on the game in the United States.

“What we’re trying to sell is a combative game, and our job is to do what we need to do and hopefully over there the fans see that and see something they like,” he said.

“We’re using it to give game time to some, and to grow their experience and also putting the heat on some areas of our game that we feel we need to keep growing.”