With George Ford dropped and Owen Farrell set to play at inside centre coach Eddie Jones is expected to back the Harlequins No 10. 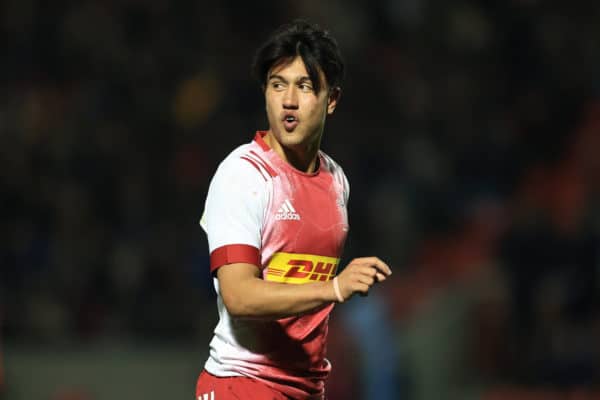 Marcus Smith is in line to feature at flyhalf for England in a rejigged backline during next month’s Tests at Twickenham after he was included in a 34-man squad announced Monday that saw coach Eddie Jones omit several senior players including George Ford and the Vunipola brothers.

With veteran flyhalf Ford omitted, the way is now clear for Smith to start at No 10 alongside England captain Owen Farrell at inside centre.

The 22-year-old Smith has enjoyed a rapid rise to fame after inspiring Harlequins to the Premiership title last season.

The playmaker only made his England debut in July before being called up for the British and Irish Lions tour of South Africa.

With Farrell providing another fly-half option, there was no place in the squad selected by England coach Eddie Jones for Ford, even though the 77-times capped stand-off has been a key figure in runaway Premiership leaders Leicester’s fine start to the season.

Monday’s announcement also confirmed that forwards Billy and Mako Vunipola, both omitted from an extended training squad named a month ago, remain in international exile despite some impressive displays for club side Saracens.

“This is a young but very good and talented squad who have all earned their places. It is one of the most competitive squads I have ever picked,” said Jones in a Rugby Football Union statement.

“There are a number of disappointed players who haven’t been selected, but they know what they need to do and no door is closed to any player.”

The 22-year-old Dolly, who has scored five tries in five Premiership matches this season, was born in Sydney but has played for England Under-20s.

England begin their end of year campaign against Tonga on November 6 before facing  Australia – who Jones guided to the 2003 World Cup final when they lost to England – the following Saturday.

They wrap up their November programme against South Africa, the team that beat Jones’s men in the 2019 World Cup final, on November 20.

“We’re looking forward to three tough Test matches. Tonga always play a strong, physical game and Australia and South Africa have had extended periods together and will be a good challenge for us,” said Jones.

“Our aim each week will be to get better and better as we work towards the 2023 World Cup,” added Jones, who has omitted Harlequins flyer Louis Lynagh, son of Australia great Michael Lynagh, from his initial training group