Beauden Barrett to earn 100th cap for All Blacks

The All Blacks go into the first leg of their European tour on the back of a 104-14 thrashing of the United States in Washington. 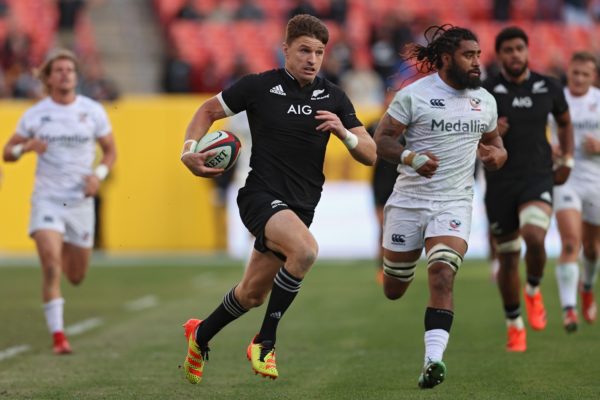 Beauden Barrett on his way to scoring a try for New Zealand against the United States last week. Picture: Getty Images

New Zealand flyhalf Beauden Barrett is set to win his 100th cap after being named in the All Blacks’ starting XV to play Wales in Cardiff on Saturday.

Barrett will be playing his eighth Test against Wales in a lauded international career that started in 2012, with the 30-year-old playmaker on the verge of becoming the All Blacks’ 11th Test centurion.

“It’s a very special time for Beauden and his family and it’s also a special time for this team and its legacy,” said New Zealand coach Ian Foster after naming his side for the Principality Stadium clash on Thursday.

“He’s a big part of this team, he’s a key leader, he’s captained the All Blacks, he’s vice-captain on this tour and he’s an influencer on and off the park.

“I can’t speak more highly about his contribution as a person to the black jersey,” added Foster. “The chance to play his 100th Test at this stadium against Wales is really special.”

The All Blacks, who haven’t lost to Wales since 1953, go into the first leg of a European tour on the back of a 104-14 thrashing of the United States in Washington last weekend.

Foster has made 12 changes to his side from that match, but only five from the side that lost to world champions South Africa in a defeat that cost tournament winners New Zealand an unbeaten run in this year’s Rugby Championship.

In the pack the experienced front row of props Joe Moody and Nepo Laulala and hooker Codie Taylor return after last running out against the Springboks earlier this month, with the second row of captain Sam Whitelock and Brodie Retallick boasting more than 200 caps between them.

Behind the pack, TJ Perenara is alongside Barrett at scrum-half, with David Havili and Anton Lienert-Brown the centre pairing.

Rieko Ioane and Will Jordan are on the wings, with Jordie Barrett at full-back for the opening fixture of a European tour that also sees New Zealand playing Italy, Ireland and France.

New Zealand have won 31 successive matches against Wales, who head into Saturday’s match missing some 16 players due to a combination of injuries, illness and the fact that the likes of wing Louis Rees-Zammit, fly-half Dan Biggar and No. 8 Taulupe Faletau are not being released by their English clubs as the fixture falls outside the International Rugby Board’s window for Tests.

Wales coach Wayne Pivac, himself a New Zealander, named his side earlier Thursday and Foster said the hosts would be inspired by playing in front of a capacity crowd for the first time since the Covid-19 pandemic.

“The Welsh will play with their traditional passion and their fans singing in the stadium, and they’ll throw everything at us,” said Foster.

“They are Six Nations champions and a very good team. They have a group of young players coming through who’ll be excited to play so we will have to be ready, and we are.” 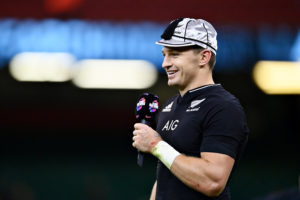 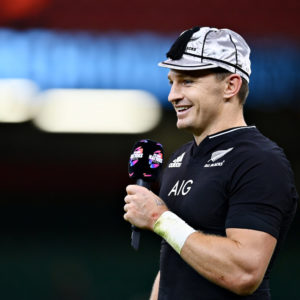