Pirates star defender on his way out?

A source close to Orlando Pirates leftback Patrick Phungwayo has informed Phakaaathi that the defender is worried about his future at the club following a lack of game time. 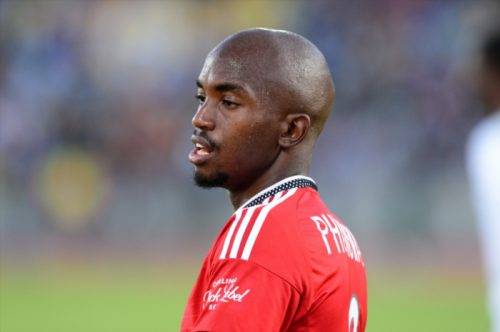 Phungwayo has not played that much for the Buccaneers this season and the club went on to purchase a new leftback in the form of Marc van Heerden, making Phungwayo’s chances of playing even slimmer.

“He is not happy with what is going on currently in his career, but he always works very hard at training,” said the source.

“He thinks his time is up at the club and he might be put on the transfer list at the end of the season. But he still wants to fight on and get his position back.”

Phungwayo was mostly used as an alternative for Thabo Matlaba in the left-back position, but the arrival of Van Heerden has made things very difficult for the former Bidvest Wits defender.