It’s not over for Chiefs – Katsande

Amakhosi are now very much dark horses in the title race, and their chances rely more on other teams dropping points. 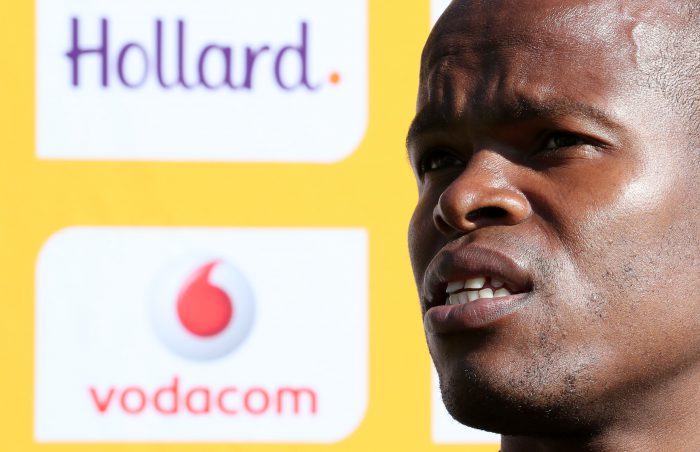 It’s now or never for Kaizer Chiefs and Willard Katsande believes things can still turn in their favour in the last few matches, before the Absa Premiership season comes to an end later this month.

Katsande, who has been one of the stand-out performers for Amakhosi again this season, lamented the team’s display in the last two matches where they dropped five points with a defeat to Cape Town City and a draw against SuperSport United.

“I can’t say we have lost the league … but if I look back and say which games we were supposed to win but didn’t, I would say it was the last two.

“We created a lot of chances in those games and if we had used them we would have won both,” explained the 31-year-old midfield grafter.

“But it happens, it’s natural … we should have been wiser. Against SuperSport we kept pushing for more goals even when we were leading and we should have just defended our lead. But those are the lessons you get every day.”

Amakhosi are now very much dark horses in the title race, and their chances rely more on other teams dropping points.

With Bidvest Wits beating Mamelodi Sundowns, while Maritzburg United kicked City to the curb with an unexpected 1-0 win, Amakhosi could have edged closer had they won against Matsatsantsa on Saturday.

Katsande knows this may come back to haunt them: “It pains us but at the same time it gives us hope that anything can still happen. Every team is playing for something. It was a setback but we have to soldier on, win the next four games and see what happens. We can’t change what’s happened in the past, but we can still affect the future,” he said.

And a favour from their arch-rivals Orlando Pirates is what may hand Chiefs a lifeline. Pirates played Wits last night and will play Sundowns on Sunday.

“Pirates will somehow play a huge part in deciding where the league will go.

“They also need to win to stay in the top eight to participate in MTN 8 next season. They will be pumped up. They have something to play for and we are hoping they will grind out the results,” added Katsande.