Mamelodi Sundowns shot straight to the top of their Caf Champions Group C when they opened their campaign with a 3-0 win over Angolan visitors Petro de Luanda on Saturday night at the Loftus Versfeld Stadium. 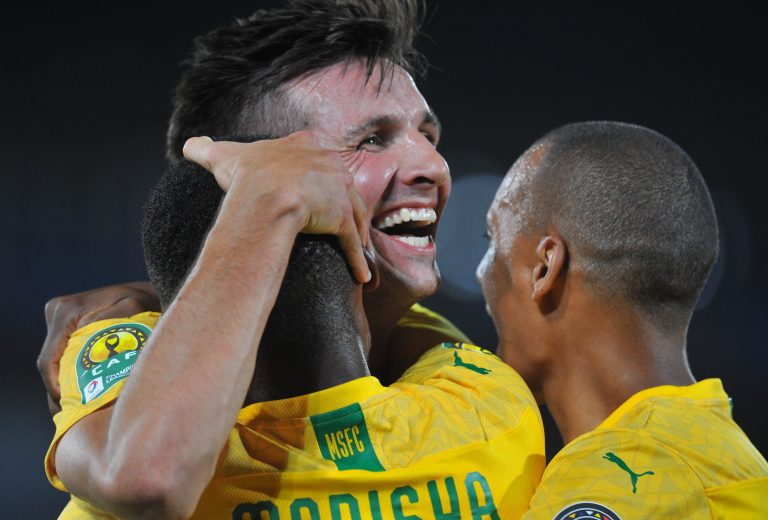 Striker Mauricio Affonso scored the opener to give Masandawana and early lead in the first half before defender Motjeka Madisha scored his maiden Champions League goal for the Brazilians.

Madisha benefited from a well executed cross by Tebogo Langerman and he towered past every one to find the back of the net.

While the first stanza was completely dominated by Downs, the visitors did have a go at Sundowns in the starting phase of the second half, threatening goalkeeper Kennedy Mweene a couple of times but they did not do enough to beat the Zmabian international.

Downs then took control again and it was one way traffic and most of Sundowns’ moves forward were finished off by youngster Sphelele Mkhulise but he fluffed most until the 77th minute when he was released by Gaston Sirino with a delightful through pass and Mkhulise, nicknamed after his coach Pitso Mosimane, scored his maiden goal for Masandawana to make it 3-0.

In a move that looked to shut down the game, Mosimane withdrew the pacey Thapelo Morena, who made a lot of moves forward, and introduced the more defensive minded Anele Ngconcga at right-back as Downs walked away with all three points.

From Chloorkop to Africa, Masandawana eyeing continental dominance
7 days ago
7 days ago

From Chloorkop to Africa, Masandawana eyeing continental dominance
7 days ago
7 days ago