Chiefs scrape through City to extend lead to nine points

The win stretches Amakhosi’s lead in the Absa Premiership title race to nine with Mamelodi Sundowns however having a game in hand. 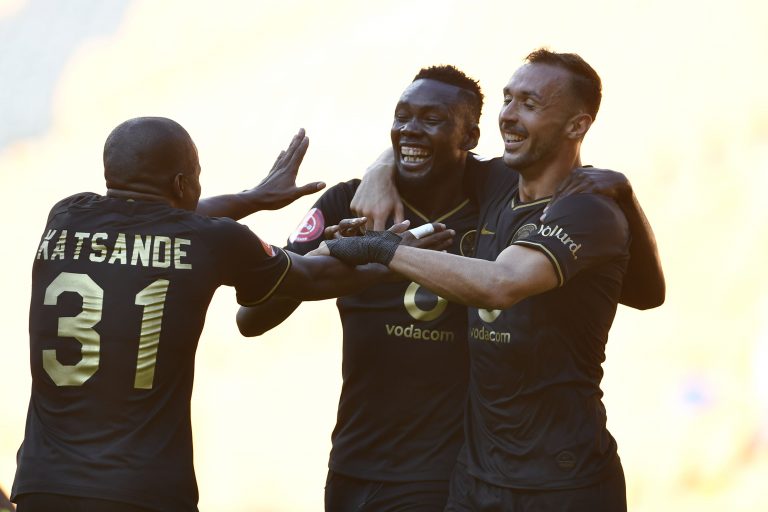 If football results were determined by ball possession, Kaizer Chiefs would have been on the wrong end on Sunday afternoon with their visitors at FNB Stadium, Cape Town City dominating but the home side did what’s more important which is scoring the goals.

The win stretches Amakhosi’s lead in the Absa Premiership title race to nine with Mamelodi Sundowns however having a game in hand.

The scoring started early with Leonardo Castro putting Amakhosi in the lead with a well taken header from a Kyrean Baccus cross 11 minutes into the match. After conceding, City looked to be getting their rhythm as the half grew, with some good movements.

But Amakhosi’s defensive block was well organised and shaped and didn’t give they any way through. The Citizens couldn’t really create any serious goal scoring chances despite enjoying more of the ball in the first half. Conceding early might have brought in some panic and rendered them desperate which resulted in them not calculating their moves correctly towards the last third.

While the Citizens may have had more of the better of ball, it was Ernst Middendorp’s side who looked more threatening when on a counter attack.

With two minutes to half time, City came close to finding an equaliser as Bradley Ralani went on a solo run, carving his way trough the Amakhosi defence before unleashing a low shot which Daniel Akpeyi did well to get a finger on it and tip it wide.

Seeing that his team were struggling with rhythm, Middendorp made two changes at half time with Happy Mashiane coming on for Baccus and Dumisani Zuma replacing Castro. The changes however did little to turn the flow of the game with City still dominating and the home side still relying on counter attacks.

This seemed to work in their favour at times as City defenders were forced to commit fouls which gave Amakhosi free kicks in dangerous positions although they couldn’t make proper use of them.

Willard Katsande did however come close with a header from a Lebogang Manyama free kick just four minutes into the second half but his ball went across goal as Amakhosi try to consolidate their lead.

Mpho Makola tried to find Kermit Erasmus with a long ball at 55 minutes but his ball was well read by Akpeyi who came off his line and made an important interception.

But as City pushed for an equaliser, they were caught again at the back in the 62nd minutes wen Zuma found Samir Nurkovic with a nice cross and the latter flicked it with his head and into the net, leaving Peter Leeuwenburgh stretched out as he tried to get it.

Two minutes later, Erick Mathoho was allowed a free header from a George Maluleka corner and he made no mistake and made it 3-0 and safer for Amakhosi.