Bafana goalkeeper not interested in playing for other PSL clubs

SuperSport United and Bafana Bafana goalkeeper Ronwen Williams insists that he is pledging his service to the capital city side. 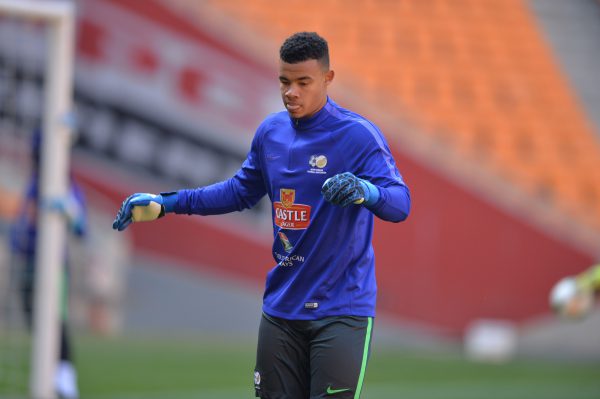 Williams is the longest-serving Matsatsantsa A Pitori player in the current squad and has been a regular for Bafana under former head coach Stuart Baxter and the incumbent Molefi Ntseki.

“I don’t think I need to move on. We challenge every year and we are one of the top teams, and we have shown that every year that we are a very ambitious team. We are punching above our weight and we are winning trophies almost every year,” said Williams.

“I don’t think any team wants me because I have never received a call from anyone. SuperSport has been the only team that has shown interest in me all these years and that is where my heart is,” the Goalkeeper of the Season added.

While he is prepared to snub any offer that would come his way from domestic teams, Williams says he would like to move abroad but admits that his chances are not looking quite good.

“If the opportunity comes I will grab it with both hands but I must be realistic as well, I am turning 28 soon. I have got the average height, I am not the tallest and in Europe they want the much taller goalkeepers, but you never know, maybe the more games I play for Bafana Bafana there will be more scouts,” said Williams, who has not missed a single game for United in the past two seasons.