Mngqithi stands up for Gavin Hunt after Kaizer Chiefs exit

“Gavin Hunt achieved something that Chiefs have never achieved before and he is out of his job," said Mngqithi. 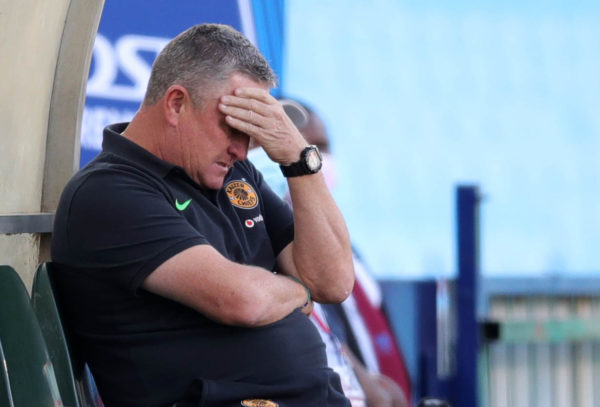 Like a big brother who shields his siblings from bullies, Manqoba Mngqithi has stood up for Gavin Hunt who lost his job at Kaizer Chiefs after some eight months into the post.

OPINION: Kaizer Chiefs should not have brought Baxter back

Amakhosi moved swiftly to replace Hunt with a familiar face in Stuart Baxter, who happens to be the last coach to have brought glory and joy to Naturena as he won the league and cup double twice in his first spell.

Mngqithi has always been vocal about the preference of local coaches over foreigners and he hasn’t changed his tone a bit, instead, he’s amplified his sentiments now that Baxter has increased the tally of foreign head coaches in the top flight.

“Gavin Hunt achieved something that Chiefs have never achieved before and he is out of his job. That’s the story of our football. The less said, the better,” said Mngqithi, alluding to the fact that Chiefs made it to the semifinals of the Caf Champions League for the first time.

“We change coaches because we are emotional at times. Gavin Hunt has won four league titles. He plays a certain type of football and you can’t say you did not know the type of football he plays, stick with it. If you suddenly say you are no longer happy with that style of football, then why did you bring the coach in the first place because you cannot change him from what he has been doing all over the years, and worse, he could not even sign the players to play the type of football that he wants,” said the Sundowns mentor.

“It is high time that we believe in our own. I believe our coaches, with very limited resources, are showing a lot of good work. Even the teams that are just outside the top eight, like Bloemfontein Celtic, you check the problems that they have had over the years but the amount of fight that they gave tells you that local coaches have got the capacity,”

Mngqithi and his co-head coach Rulani Mokwena became the second pair to win the league in the Premier Soccer League era after Miguel Gamondi and Neil Tovey delivered the then Castle Premiership in the 2005/06 season.

While Gamondi and Tovey where a stop-gap, Mngqithi and his partner have been in the Sundowns set-up for a while as understudies to Pitso Mosimane, who stayed at Downs for about eight years – a culture Mngqithi feels most teams should adopt.

“Teams must learn to be patient with coaches, be it foreign or local. Teams that are chasing coaches are the ones who are counterproductive. They are the ones that end up having problems. Football requires a little bit of the improvement of team dynamics and the development of those team dynamics.

He added: “I am not saying this being xenophobic, I don’t have a problem with foreigners who come here and influence the game. I am a fan of Ernst Middendorp, I like him as a coach. I liked Foppe De Haan, I liked Muhsin Ertugral… I don’t have a problem but the foreigner that comes to our shores must really make us want to learn from them.”