AmaZulu FC have axed team manager, Japhet Zwane amid allegations that the former Moroka Swallows star was a bad influence in the team. 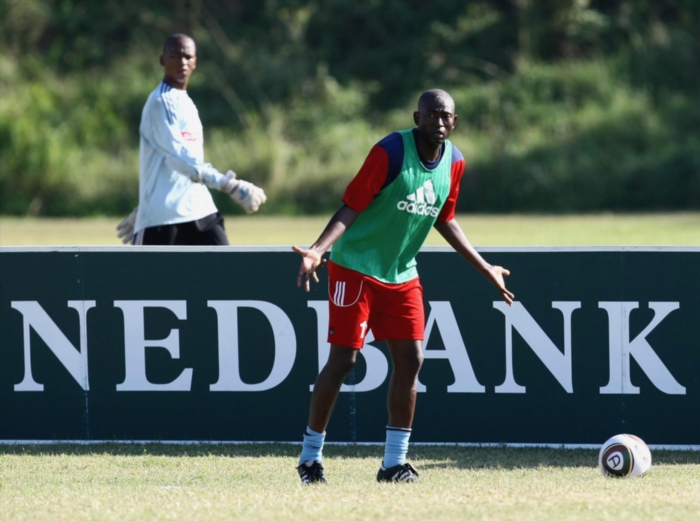 Japhet Zwane during the AmaZulu Media Open Day ahead of their Nedbank Cup Semi Final match against Mamelodi Sundowns, held at UKZN Edgewood Campus on May 13, 2010 in Durban, South Africa. Photo by Anesh Debiky / Gallo Images

Zwane came under serious fire by the club’s fas who accused him of working against coach, Joey Antipas by influencing players to withhold their performances.

Those allegations were discussed at a high level meeting by the club last year, and Zwane was instructed not to communicate directly with the players.

But according to a source close to the Durban based team, Zwane was still interfering and was duly axed on Thursday.

A statement by the club said the team had reached an amicable decision to part ways with Zwane. AmaZulu General Manager, Lunga Sokhela said in confirmation of the latest development at Usuthu:

“We’ve reached a settlement with Japhet for the good of both parties, and thank him for his services over the past few years.”

“We’ve wished him the best in his future endeavors.”

Sokhela called upon all supporters to get behind Antipas and the squad as they attempt to stay in the race for promotion. Usuthu’s promotion ambitions were dealt a huge blow when they lost 2-1 to Mthatha Bucks last weekend but they will get a chance to revive their campaign when they play National First Division leaders, Thanda Royal Zulu on Sunday afternoon.