SuperSport United have reportedly turned down a revised offer made by Mamelodi Sundowns for striker Jeremy Brockie. 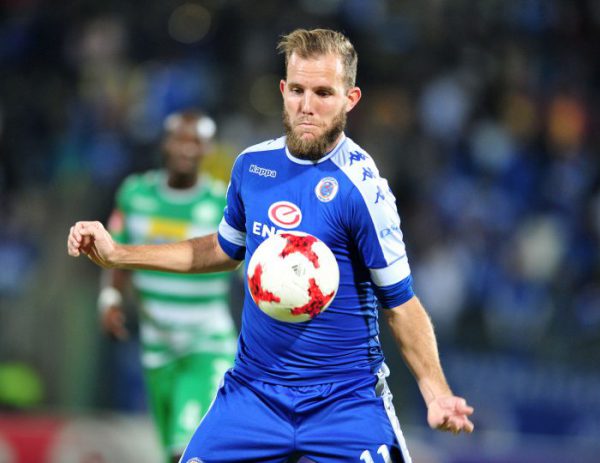 SuperSport CEO Stan Matthews confirmed to Kickoff that they rejected a healthy offer from Sundowns for the New Zealand striker, saying Brockie is not for sale.

“Jeremy has three years still left on his contract with SuperSport and we have no desire to sell him,” said Matthews.

“In fact he sent me an email today requesting a longer term deal with the club, so from our side we have no issues with Jeremy. We love him, he is the first striker to score 20 goals a season for two consecutive seasons at SuperSport in our history.

“Sundowns showed a lot of interest. They made a very nice offer but for us it is not only about money but also backing the new coach [Eric Tinkler] and giving him the opportunity to have a winning team with a best eleven and Eric’s best eleven has Jeremy in it so he is not for sale,” added Matthews.

Meanwhile, as reported earlier Chiefs have confirmed that they are in talks with Mamelodi Sundowns for midfielder George Lebese.