Orlando Pirates coach Micho Sredojovic was satisfied with his team's performance after going through to the next round of the Telkom Knockout Cup on Saturday. 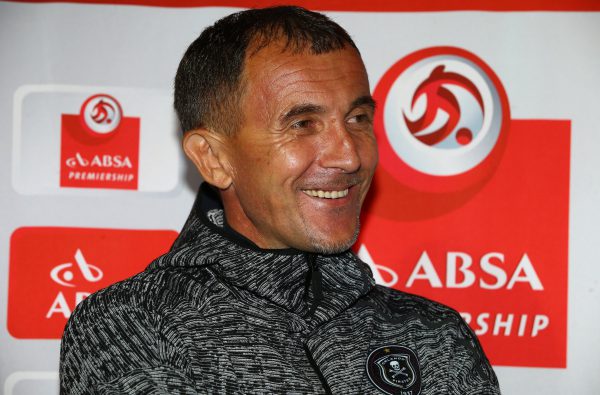 The Buccaneers beat Golden Arrows 1-0 at the Princess Magogo Stadium to secure a place in the last eight of the competition courtesy of a first-half goal from Thabo Qalinge.

“It was a good game of football and proper competitive cup match. We played against a very good team who are second in the PSL,” Micho told SuperSport TV.

The former Uganda Cranes coach said they came into the tie with only one aim, which was to win the match and had strategic plans to do so.

“We came here with the aim to qualify through three strategic points. One, instead of sitting back and defend we wanted to take control of possession. I believe we dominated possession.

“Two, we wanted to create and convert. We opened the game well after 35 minutes. In the second half, instead of holding into possession, we wanted to kill off the game.”

“Three, in the second half the opposition were coming through us on the wings, we wanted to block the crosses but you can’t block everything.

“We are going in the right direction The players were really committed, they respected the badge and 80 years of history. Everyone gave his best.”

Arrows coach Clinton Larsen, meanwhile, thought his side were good in the second half especially after bringing on Nduduzo Sibiya.

“I think it was a game of two halves, we started brightly the first 10 to 15 minutes. After they got the goal they started to play with their tails up,” said Larsen.

“We came out a better team in the second half. We knew we were going to concede possession playing with two strikers upfront. But we made a change in the second half when we brought on Sibiya to play in the middle and we started to be more creative.”