A suspension means that Bloemfontein Celtic striker Ndumiso Mabena will not get the chance to face former club Platinum Stars in Rustenburg on Wednesday (7.30pm). 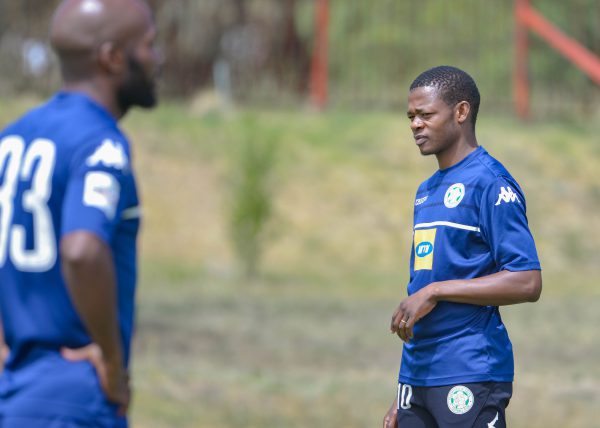 Mabena has made a fairly promising start to his time with Celtic after joining in pre-season, and he has netted two league goals in nine outings.

His absence will leave Roggert Nyundu as the main target-man for a Phunya Sele Sele side which are in very good form, having won their last four matches. Two of those games were in the Telkom Knockout, including a penalty shoot-out victory over Polokwane City last weekend which has set up a final showdown against Bidvest Wits.

And with 15 points from nine matches, the Free State side are fourth in the league, two points behind leaders Baroka FC, and with a game in hand.

While Celtic are a renewed force under Serbian coach Veselin Jelusic, Platinum Stars have shown signs of revival since the arrival of Roger De Sa.

They remain rooted to the foot of the table, but after a win and two draws in their most recent outings, they are just two points away from climbing out of the relegation zone.

Stars have already lost to Celtic this season – in the Telkom Knockout, but De Sa feels his team were unfortunate that day not to get more from the game.

“We should have won that game and now we have a chance to redeem ourselves against the same opponents,” he said.

“If we play the same as we did last time and take our chances, I think that’s all we have to do to win the game. Hopefully, we will do that.

“I hope we can take advantage of the chances we create and punish them for that. There’s something about this team. The players are motivating as well. They are a bunch of good guys. They want to perform and do the business.

“Celtic have done exceptionally well. They have reached the final. They are definitely a form team. We going hope they are focused on the cup and we can catch them out.”