Mbombela next in line to try and break Highlands’ winning streak

Mbombela United have a very difficult task ahead of them on Saturday afternoon as they have to become the first team since August to beat National First Division (NFD) champions elect, Highlands Park. 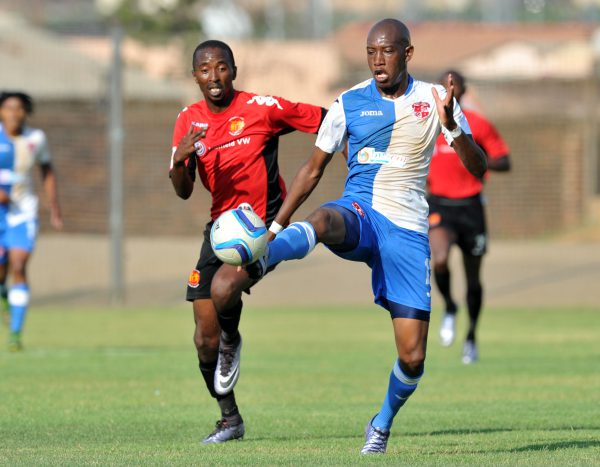 It will be no easy feat for Tingwenyama who have bad memories of Makhulong Stadium as it is where they watched in agony as the Lions of the North won promotion after beating them in the play-offs two years ago.

But if the Mpumalanga based side manage it, they will have done themselves a huge favour and got back into contention for a play-offs positions finish.

If they fail to oust Owen Da Gama’s marauding Lions, they may have to forget about promotion this season and maybe start preparing to try again next season.

The game at Makhulong starts at 3.30pm.

University of Pretoria v Witbank Spurs at Tuks Stadium, 3.30pm
AmaTuks have had a lacklustre run in the second round and although they still have a mathematical chance of making the play-offs, it seems more unlikely than it is possible. Hosting a Siyavutha side who are two points ahead of them and in with a more realistic chance of making the play-offs might be too much for Shaun Bartlett’s young side.

Mthatha Bucks v Uthongathi at Mthatha Stadium, 3.30pm
If any of these sides lose in this match, they will be deeper in trouble than they are for now. Amathol’ amnyama are bottom of the standings with 20 points. But the Cane Cutters are no better as they are just two places and three points above Bucks.

Tshakhuma v Richards Bay at Thohoyandou Stadium, 3.30pm
Typical of this stage of the season, none can afford to not collect full points and for contrasting reasons. The Rich Boys are one point above the relegation positions and need a win here to avoid getting deeper into the mud. Tshakhuma have a good chance of going back to second place should they win this one.

Super Eagles v Royal Eagles at Goble Park Stadium, 3.30pm
This is the battle of dying Eagles. Or is it? Royal Eagles are in a far better position now to avoid going to the amateur level and a win here could ensure they are safe depending on other results. But for Super Eagles it is a different story. A win will ease their woes just a little but a defeat would push them further into the mud.

Highlands Park v Mbombela United at Makhulong Stadium, 3.30pm
Will Tingwenyama be straw that broke the camel’s back or will they also be victims of the well-oiled machine that is Highlands Park? The Lions of the North remain unbeaten in the league since August.

CT All Stars v Stellenbosch at Parow Park Stadium, 3.30pm
Both are in the race for a play-offs position finish and neither can afford a defeat. Their chances are however slim but a win for either here could be a huge boost to their chances.

Jomo Cosmos v Ubuntu CT at Vosloorus Stadium, 3.30pm
With Ubuntu’s recent form and giant killing spirit, Ezenkosi are surely in for a tough match against the relegation threatened side. Jomo Sono’s side have struggled to win since January and on paper this is their best chance to record their second win in nine matches.

Real Kings v Black Leopards at King Zwelithini Stadium, 3.30pm
Lidoda Duvha could shoot up to second position – depending on Tshakhuma’s result – should they win here. But with the Magic Boys having set their sights on getting promoted in only their second season in the NFD, Joel Masutha’s side could be in for disappointment.