Injury concerns for Cosmos ahead of Bucks clash

It's the final push as the National First Division (NFD) campaigners fight for their lives – some to retain their status, while for others it is to win a spot in the play-offs. 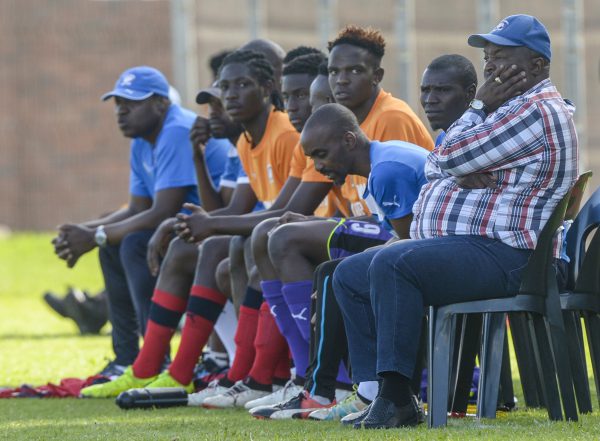 Jomo Cosmos have injury and suspension worries as they visit Mthatha Bucks – a side staring relegation on the face – this afternoon.

Ezenkosi will be without star midfielder Scelo Mkhize and inspirational captain Thato Lingwati who are out with injuries while hard-tackling Tebogo Makobela serves a one-match ban.

The side’s medical team have worked around the clock to get influential winger Silas Maziya ready for today’s match. It was unclear yesterday if Maziya was fit.

On paper, Ezenkosi should not rue the absence of either of the missing players against Amathol’amnyama who have lost 14 and won just four times in 27 matches. But with a defeat sure to confirm their relegation, Duncan Lechesa’s side might just spring a surprise against Jomo Sono’s team.

Cosmos occupy one of the two play-off spots but with just a point separating them from fourth placed Witbank Spurs a defeat will be devastating to their aspirations.

The relegation battle is also going down to the wire with technically just the top five teams being completely safe from relegation. Ntwenhle Zondo of 14th-placed Uthongathi said they realise they are running out of time.

“We have to win all our games starting this weekend,” said Zondo who has been recalled after he was left out with his departure pending. The Cane Cutters host the unpredictable University of Pretoria also this afternoon.

“No game has been easy. We have had to fight all the way and this one is no different. What is different is that we can’t afford not to win this one,” he said.