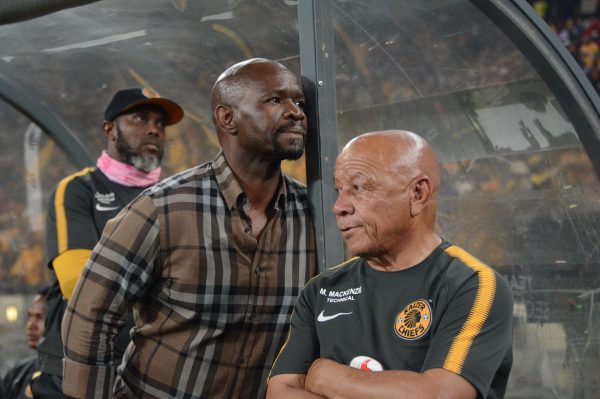 The rumour mill was in overdrive even before Komphela’s resignation as to who could replace him next season. Luc Eymael, who trumped Chiefs on Saturday, has repeatedly denied being approached, while the currently unemployed Eric Tinkler and Township Rollers coach Nikola Kavazovic have also been linked.

Amakhosi football manager Bobby Motaung confirmed a media conference would be after tonight’s Absa Premiership match against Golden Arrows at the Princess Magogo Stadium in KwaMashu.

“We will have an official conference with the chairman and the coach (Komphela). There are obviously a few contractual issues to iron out first. Today was more to alleviate and calm the situation,” said Motaung.

“We will have a session where we will take questions It has been a good three-year journey. Unfortunately results didn’t come.”

Chiefs yesterday confirmed that Komphela’s assistant Patrick Mabedi would take over on an interim basis, until the end of the season.

Mabedi will have a heavy workload on their hands as they have to get the players over last weekend’s traumatic events and in shape for the Arrows task.

Amakhosi have officially gone three seasons without silverware as the Nedbank Cup was their last chance and there is nothing much for Chiefs to play for in the last three matches. The club have however been insisting they want to finish at least second so they can qualify for the Caf Champions League.

The hard-running Abafana Bes’thende side will, meanwhile, be looking to capitalise on Amakhosi’s low morale as they look to secure a top eight finish. Clinton Larsen’s side are currently 12th with 31 points after 27 matches.