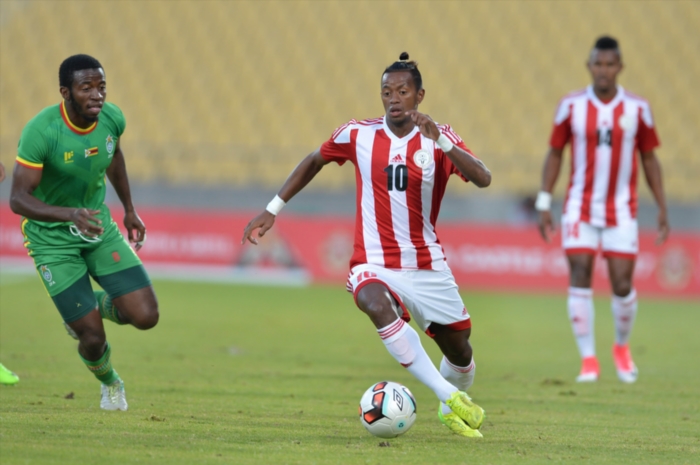 John Takwara of Zimbabwe and Andriamirado Andrianarimanana of Madagscar during the COSAFA Cup match between Zimbabwe and Madagascar at Royal Bafokeng Stadium on June 28, 2017 in Rustenburg, South Africa. (Photo by Lefty Shivambu/Gallo Images)

The player, who was set to join Chiefs before the start of the season, was involved in a contractual dispute with his club Foca Juniors.

Fosa Juniors are said to have withheld the player’s passport, claiming he had a contract with them that expires in 2020.
Dax denied the claim, saying he should leave the club for free as an amateur.

After intervention from the Madagascan government and Chiefs agreeing to pay Fosa Juniors, the player has finally joined Chiefs.

“I am very happy to be here. I have been following Kaizer Chiefs closely on Facebook during the last few weeks.” – Andriamirado Aro Hasina Andrianarimanana