The striker may be back on the field sooner than expected as he works extra hard to be back in shape. 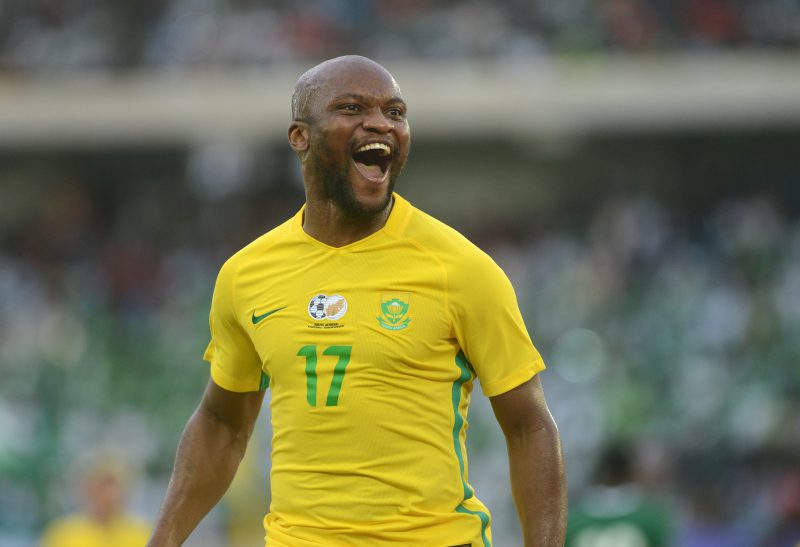 Tokelo Rantie was brought to the Mother City outfit after a long spell on the sidelines at his Turkish club Genclerbirligi at the start of the season. The Cape city coach, however, is certain that the striker will be a force to be reckoned with by the time he finds his feet at his new club.

McCarthy said after the announcement of the venue for the MTN8 final in Johannesburg on Monday night: “That’s what we are hoping for… the best thing about it now is that TK’s (Rantie) mindset is free now. You can see that he has the passion and love for playing football again. He has found himself a home because the players make him feel like he has been in the club since the club was started. He is in his element and enjoying life again.

“So, I think that’s a plus sign and he is willing to put in the work. It is even a much better factor, he is not a player who shies away when you say he has to put two shifts in two training sessions. He asks the fitness coach to take him to the gym for afternoon sessions and that kind of determination is what we need and what we desire. His road to recovery will be quicker than most people expect.”

With Rantie hard at training, McCarthy hopes he will be fit in time for the Wafa-Wafa final against SuperSport United at the Moses Mabhida Stadium on September 29.