Mpumalanga derby set to be a thrill-a-minute

National First Division new boys TS Sporting have a chance to jump to the top of the standings should they get a win in the Mpumalanga derby where they meet Mbombela United at Mbombela Stadium this afternoon. 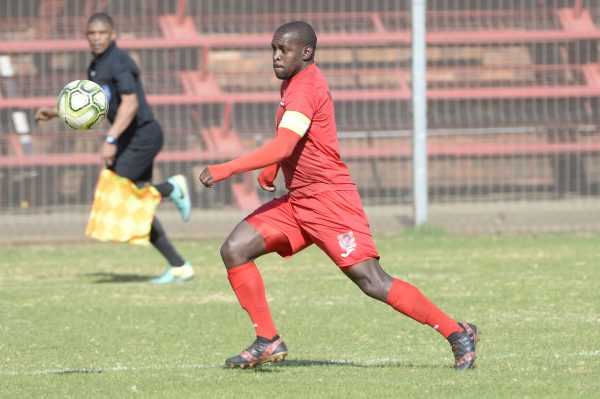 Benson Mhlongo’s side have collected seven points in four matches with two wins, a draw and a defeat. A win will take them to 10 points and depending on other results, to the top.

A win over Ajax Cape Town last weekend will have given Abantu Bemthetho a huge confidence boost and belief that they can surmount any team. But they will have to dig really deep against Tingwenyama who have started quite well under Milton Dlamini.

Real Kings v TS Galaxy, Sugar Ray Xulu Stadium, 3pm
The Magic Boys seem to have lost their wand and are yet to register a win this season having lost all three so far. This however could be the fixture they use to turn things around and start collecting points. But they will have to grind for is against a Rockets side who have proved to be quite a formidable side and looking to impress under new coach Dan Malesela.

University of Pretoria v Royal Eagles, Tuks Stadium, 3pm
AmaTuks are in high spirits after a courageous come-from-behind win away at Witbank Spurs last weekend and will be looking to continue their winning run. Eagles let a 2-0 lead go and ended up sharing the spoils with Tshakhuma Tsha Madzivhandila and will look to make amends.

Ajax Cape Town v Maccabi FC, Cape Town Stadium, 3pm
Both tasted defeat for the first time last weekend and will be looking to bounce back. Under normal circumstances Maccabi would look like sheep going into a slaughter house but they have proved to be quite a good side and the experience of the likes of Collins Mbesuma and Thapelo Tshilo will come in handy for Mokete Tsotesti.

Jomo Cosmos v Richards Bay FC, Makhulong Stadium, 3pm
Having earned their first three points with a 1-0 win over Maccabi in and uninspiring match last weekend, Ezenkosi will be looking to complement it with another win against the Natal Rich Boys. Cosmos coach Jomo Sono said his side will compete despite their young inexperienced squad.

Tshakhuma v Cape Umoya Stadium, Thohoyandou Stadium, 3pm
The log leaders fought hard to eke out a point at Royal Eagles last weekend and Sello Chokoe will be hoping for a similar or even better display from his side. Umoya have proved to be quite a spirited side and should offer some resistance.

Uthongathi FC v Witbank Spurs, Princess Magogo Stadium, 3pm
The Cane Cutters are back after the traumatic week where they buried their chairman who was killed two weeks ago. Uthongathi have had a good start with a win and two draws and will look for another positive result against a resilient Spurs side who already lost two in four matches.

Ubuntu Cape Town v Stellenbosch FC, Cape Town Stadium, 3pm
Ubuntu need to start collecting points if they are not to spend another season lingering in the danger zone. One point out of a possible 12 is not a good enough return. It doesn’t look likely thought that they can get the points against Stellies who are also struggling early on.