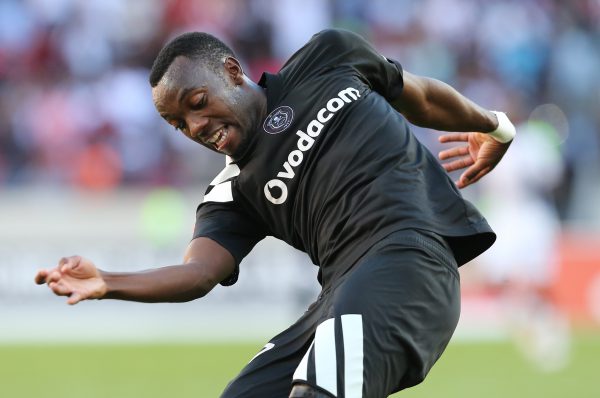 Orlando Pirates coach Micho Sredojevic hopes Zambian striker Justin Shonga has brought his fine scoring form from national duty back to the Buccaneers as they head into a Telkom Knockout last-16 tie against Chippa United at the Orlando Stadium tomorrow.

Shonga, however, has been disappointing in the Pirates shirt, wasting many chances, particularly in their last game where they drew 1-1 with AmaZulu FC at the King Zwelithini Stadium.

“The moment he arrived back for training I asked him if he had brought his scoring boots with him. But seriously, he had his problems in July and August. He has improved a lot and has returned to where he belongs – in the starting line-up,” said Sredojevic during a press conference at the PSL headquarters in Johannesburg yesterday.

“He worked really hard in the last match he was just unlucky to miss those chances which could have made him the hero.”

“In that competitive mood, scoring at home and away against Guinea Bissau, this is something we are looking to bank on. But it will not come automatically. He needs to fully focus on our shirt so that scoring goals transfers to the black and white colours of Pirates. I know that he is now fully focused and concentrated. Strikers get confidence by scoring goals.”

The Bucs coach added that it is difficult to mould players who come back from national duty into being competitive, but the rest of the squad have been working really hard.

“When players come back from the Fifa break it’s very hard to switch them on in a competitive mood. But we are happy that everyone is back – five of them, two with Bafana Bafana, one with Zimbabwe and two with the Zambian national team.

“The rest of us, we have worked very hard when others were engaged internationally. We provide them with a level of competitiveness on a required level, knowing the importance of the match on Saturday.”