Since leaving Ajax Cape Town earlier this year in January, Mzwakali has never been able to get game time. 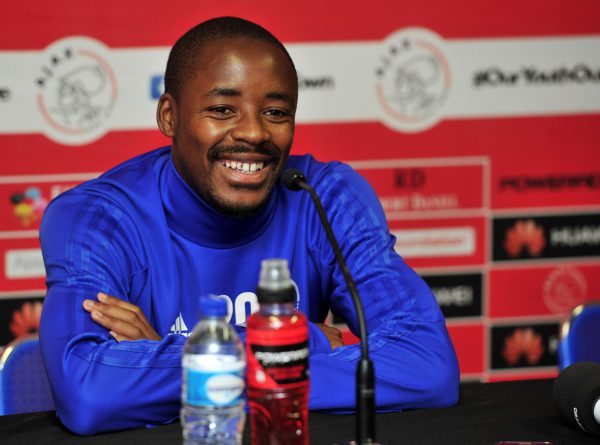 Things might not be going as well as many thought it would be for Bantu Mzwakali at Bidvest Wits, but the midfielder has chosen not to despair, and rather focus on improving day-by-day by working hard at training.

Since leaving Ajax Cape Town earlier this year in January, Mzwakali has never been able to get game time, starting with a short stint with Chippa United, where he only spent six months.

During that period, the winger only managed four appearances before Wits came calling in July. Still, even at Wits, Mzwakali hasn’t been able to get regular game time, making just two substitute appearances for Gavin Hunt’s side.

Despite struggling to get into the team, the 24-year old is enjoying his stay in Gauteng and believes his time will eventually come.

“It’s been great here, but you know when you are new to the team it is not easy to break into the team, plus there were a lot of signings as well. But coach Gavin is a good coach and wants players who work hard, give 150 percent, and listen to his instructions,” said Mzwakali.

“I think I can do better once I get a chance to play and I will do my best for myself and the team.

“But life here is better than in Cape Town, it’s not easy here, you work for everything you want here, especially in football. You have to be focused and not do bad things outside. I left my family in Cape Town knowing I have to continue with my work.”

Over the years, many players from the Mother City have struggled to adjust to life in Gauteng, while they used to be big stars back in Cape Town. And Mzwakali doesn’t want to be part of the stats of the players who went to Johannesburg and failed.

One of the reasons the winger says makes it hard for Cape players in Johannesburg is because they try to adjust to the lifestyle and new environment.

“Some players from Cape Town struggle when they get to Johannesburg because here it is not like in Cape Town, I can tell you from my experience in the last few months, it is way different,” he continues.

“When I was in Cape Town, the training was also different and players are given a chance. Here you have to work hard for your money and to get a chance to play. But I am adamant my time will come soon.”

At some point during his time with the Urban Warriors, Mzwakali was a wanted man, with reports linking him to Soweto giants Kaizer Chiefs and Orlando Pirates. The Wits midfielder confirms that nothing official was said to him, but believes the clubs were talking to the Ajax management.

Mzwakali reckons Ajax denied him an opportunity that could probably have opened doors for him to hopefully being able to play overseas.

“There was a lot of hype around me when I was still at Ajax. But you know in football, when you have reached your peak and it is your time to leave the club for a bigger club, you have to do it at that moment because if you don’t, it might never happen again,” he added.

“They spoke to Ajax, but Ajax never spoke to me. Maybe if they had given me a chance to join a big club at that time I would probably be playing overseas now, but unfortunately I never got that chance.

“I mean, look at the league, you find a player who scores 15 goals in a season and you find that same player struggling the following season. I have to say Ajax should have given me a chance early, but they never did. Maybe I could have been a big star now.”

Like any other player, Mzwakali has hopes of playing in one of the top leagues in the world one day. But for now he chooses to focus on getting back to his best and helping Wits in their quest to win trophies.